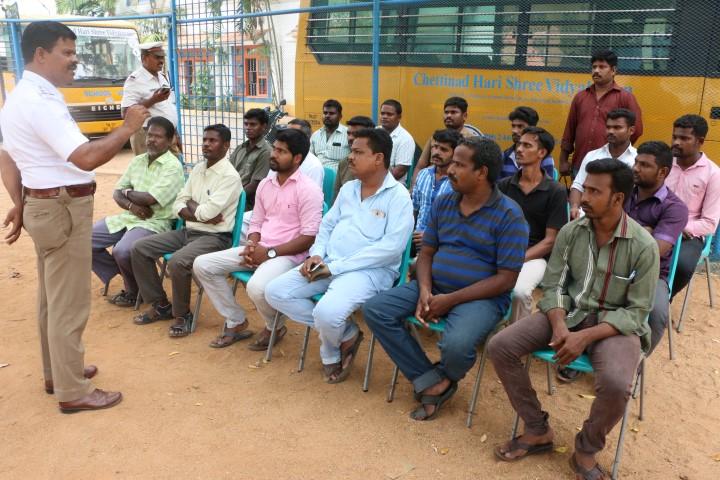 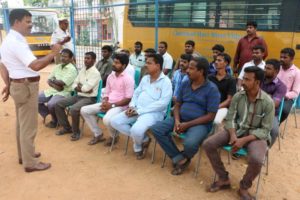 With the schools open and van and auto drivers resuming their daily pickup and drop off duties, the police officials of E4 Police Station at Bheemanna Mudali Street, Abhiramapuram decided to educate them about the need to maintain discipline both on and off the road.

A meeting was held at Chettinad Hari Shree Vidyalayam, R. A. Puram on Friday, June 16 morning, for the drivers who worked there. Traffic inspector, Alexander. P, says, “We often get complaints about overcrowding in vans and drivers using cell phones while driving. We talked about why this should be avoided and we also strongly discouraged drinking and driving”.

Alexander also talked about the need to appoint helpers and to make sure the children reached their home safely before rushing off. They plan to conduct such programmes in other schools in the area too, he added.

A little after 9 a.m. tomorrow morning, the police officials will conduct a different kind of campaign at the signal near the Sathya Studios junction at R. A. Puram. They hope to encourage motorists to wear helmets and seat belts, obey signals, to make way for seniors and ambulances and follow the rules of the road.