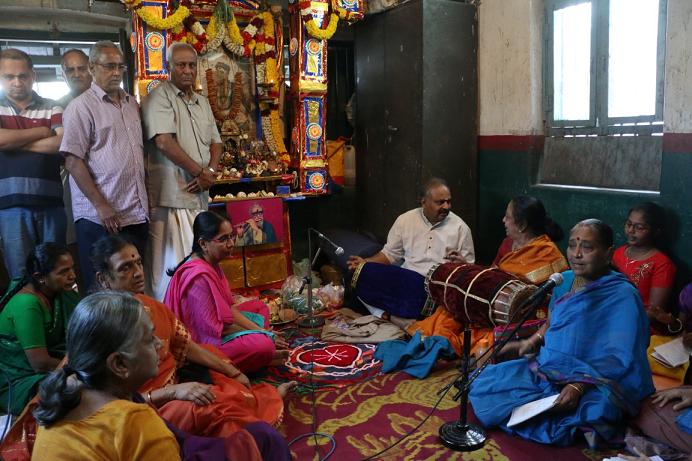 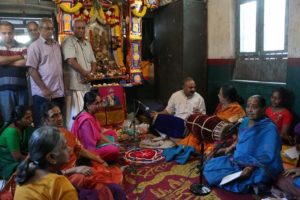 An air of bhakthi and music prevailed at the century old home of N. Vidyanathan, a resident of Mathala Narayanan Street, Mylapore on Bahula Panchami, Jan 6 morning. More than 40 people had gathered there to sing Saint Thyagaraja’s pancharatna kritis.

Vidyanathan says, “Every year on Bahula Panchami, we celebrate Thyagaraja Aradhanai, a tradition started by my father flautist Natraja Iyer more than 50 years ago. We do a small pooja and later distribute prasadam”.

This Bharatnatyam arangetram in Seattle had a touch of Mylapore