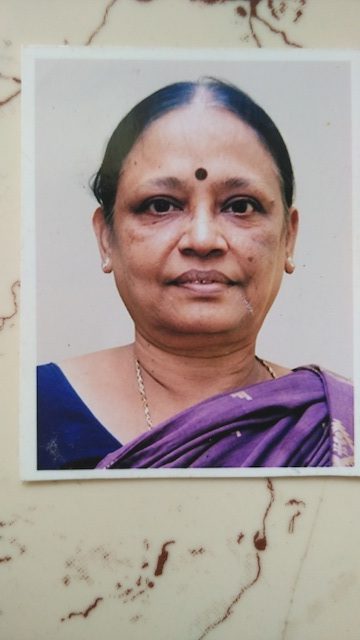 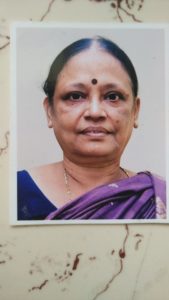 Valli Arunachalam, former principal of Padma Seshadri Bal Bhavan School, Nungambakkam, passed away recently – she succumbed to injuries she received in a domestic fire accident.
Born and raised in her father’s palatial bungalow in Luz Avenue, Mylapore she had been a Mylaporean for over 55 years.
She did her schooling at Rosary Matric Girls School, San Thome, then did her under-grad studies at Stella Maris College, B.Ed course at NKT Training College, completed a post-graduate course from Madras University and then got her M. Ed. degree from Annamalai University.
She was also a certified facilitator of the government’s Department of HRD. She taught for four years in Andhra Mahila Sabha (Mylapore). She achieved 100% pass results at the time when she prepared hundreds of students who sat for the Benares Matric exam – taking them to Varanasi, where she had organised a science lab for them.
From 1976 to 2012, she was with PSBB school, Nungambakkam; she was honoured with the Best Principal award at the national level at Delhi.
She authored several books – among them were English grammar textbooks for CBSE stream. She travelled to Canada, Australia, England and Singapore to present academic papers on education. She was also a resource person at dozens of national and international seminars.
Valli Arunachalam remained busy till the end – proof-reading the copy of her book on grammar which was to be re-printed.
Her family said that ‘she put up a valiant fight for five days after suffering severe burns in the fire’. Even though the funeral was held in Thiruvotriyur, Valli’s large community of students attended it – they recalled that she was the best English grammar teacher of her time.
Valli was also known for her generosity. She had instituted an award at PSBB for a
deserving child of the supportive staff members on this campus. She used to distribute food tokens and personally pay the school fees of several underprivileged children.
The woman who started teaching when she was just 19 remained a teacher till her end.
She is survived by her husband Arunachalam and daughter Deivanai.
The family’s contact address is – 17C, Arcot Terrace, Arcot Road, Vadapalani. Phone; 2365 1714.

One Comment on “Tribute: Valli Arunachalam, retired principal of PSBB”