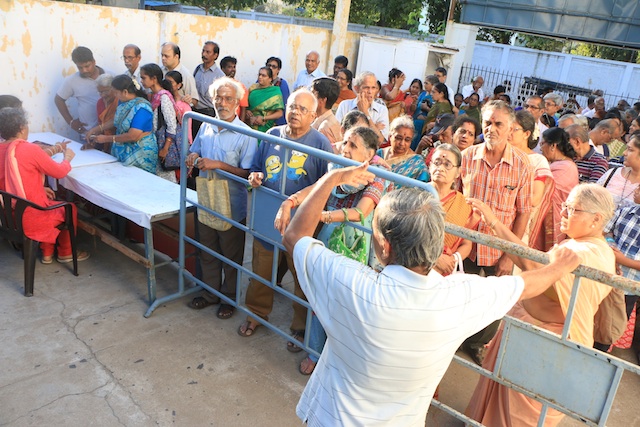 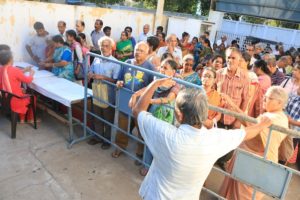 Mylapore Fine Arts Club’s auditorium zone looked like a cinema hall where a new film of a star was to be released. Over 1000 people were swarming the place, people walking in as early as two hours before the show.

This was not a film release. The occasion – launch of Bombay Gnanam’s new Tamil play on Sri Ramana Maharishi.

On all three days of the premiere shows held at the sabha’s auditorium on Musiri Subramaniam Road in Mylapore, the shows were packed to the walls. Bombay Gnanam and her team didn’t expect the huge crowd and so, chaos reigned at the gates and on the busy road. On the first evening, people who couldn’t get in had to go back home. Lots of steam was let out in April’s sultry evening.

The criticism got the team behind the play going – they worked out a ‘tokens for entry’ system since the admission to the play was free. The tokens ran out in an hour and more people were left fuming on day two.

Better management on the final day of the show, on Wednesday prevailed. Queues were formed, token were streamlined and volunteers guided people in. And yet, many people had to go back home when the tokens got exhausted.

Gnanam was quick to understand the restlessness of the people – she said sorry on stage and informed people that another series of the Ramana Maharishi play will be staged in June at the bigger hall of Narada Gana Sabha in Alwarpet.