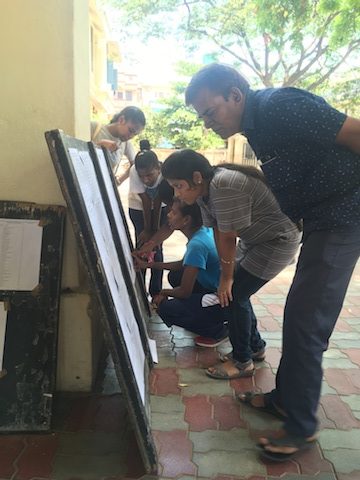 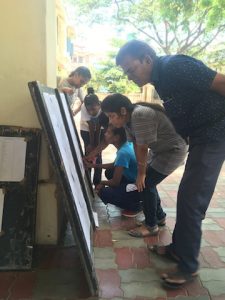 The State Board Higher Secondary results were announced on May 16 morning and while most students decided to view their results online, a few were seen dropping in at their schools. We dropped into two local schools that morning.

At Lady Sivaswami Ayyar Girls’ School, Mylapore the topper, a student from the stream of commerce scored 1141.

This topper, S Divyabharathi has been studying on a scholarship after scoring a school rank in the class X SSLC examinations. A resident of the Taramani Slum Board colony, she said her primary aim is to study to excel.

She says that the school’s rolling trophy for the topper was her major motivation. She wishes to become a chartered accountant.

Scoring almost as much was her friend, L. Nisha who ranks second with her score of 1132 marks. The daughter of a tailor, she applied for admission to the school after passing her class X, on getting to know of the school’s good coaching.

She hails from Kotturpuram and hopes to get admitted to study B. Com (Hons.)

Chitra and Sandhya from the commerce stream have scored 1113 and 1076 marks respectively while the topper from the sciences’ stream is Shankar who has scored 1028 marks.