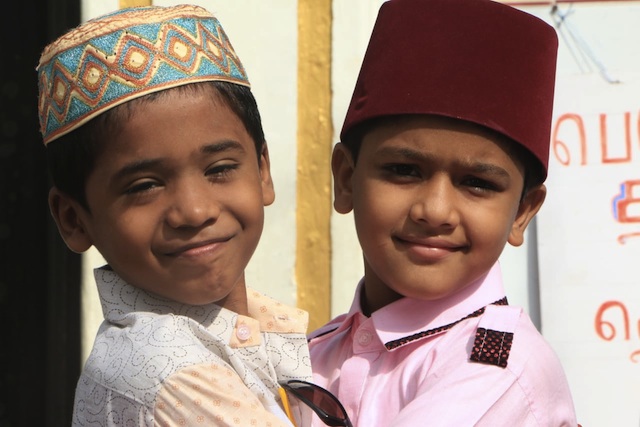 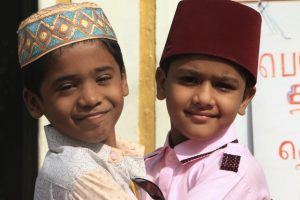 Children were in the spotlight after prayers at the Jumma Masjid in Mylapore on Saturday morning as the community got together to end Ramzan and celebrate Eid-ul-Fitr.

All of them were in new, colourful clothes, all boys of course and many were wearing trousers and some sported coolers and scarves too.

They hugged each other to offer the traditional greeting as they came out of the mosque on Kutchery Road; elders did the same.

Later in the day, their families gathered at home to partake of the special Eid lunch; some people said that it was a practice for them to send packs of biryani to neighbourhood non-Mulsim friends/families.

Similar were the scenes at other neighbourhood mosques.