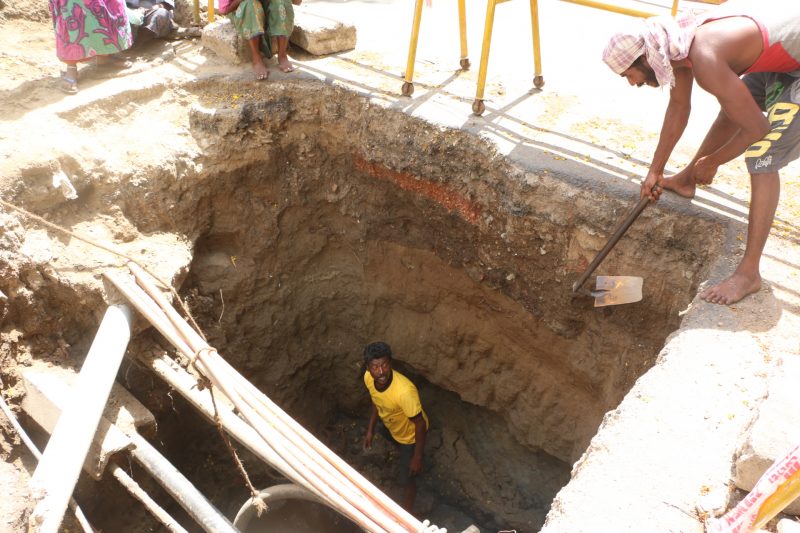 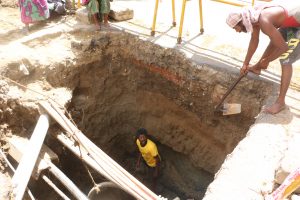 A considerably large area opposite Bill Roth Hospitals at R. A. Puram was dug up and barricaded by Metro Water officials a few days ago.

A. K. Ravichandran, AE of area 123 says, “Sewage pipelines run at a depth of about 12 feet and they are 250mm and 350 mm in diameter. When we were doing routine maintenance a few days ago, we detected a block in the pipeline. In the process of removing the block we realised that a part of the 250mm pipeline was damaged. We have now dug up the soil here and are in the process of determining the extent of damage”.

He says that if the damage is extensive, his team may have a remove a part of the pipeline and replace it with a new one.

“We have temporarily stopped the sewage flow there to enable us to rectify the problem. We are also constructing a new manhole there so that we can easily clear blocks in the future, ” he says.

“We cannot use any heavy machinery here. In addition to being an arterial road, there are several cables there too. The work is being done manually, about ten people are working on it now. We do most of the work at night when there is little traffic”.

The work should be completed in a week, he adds.