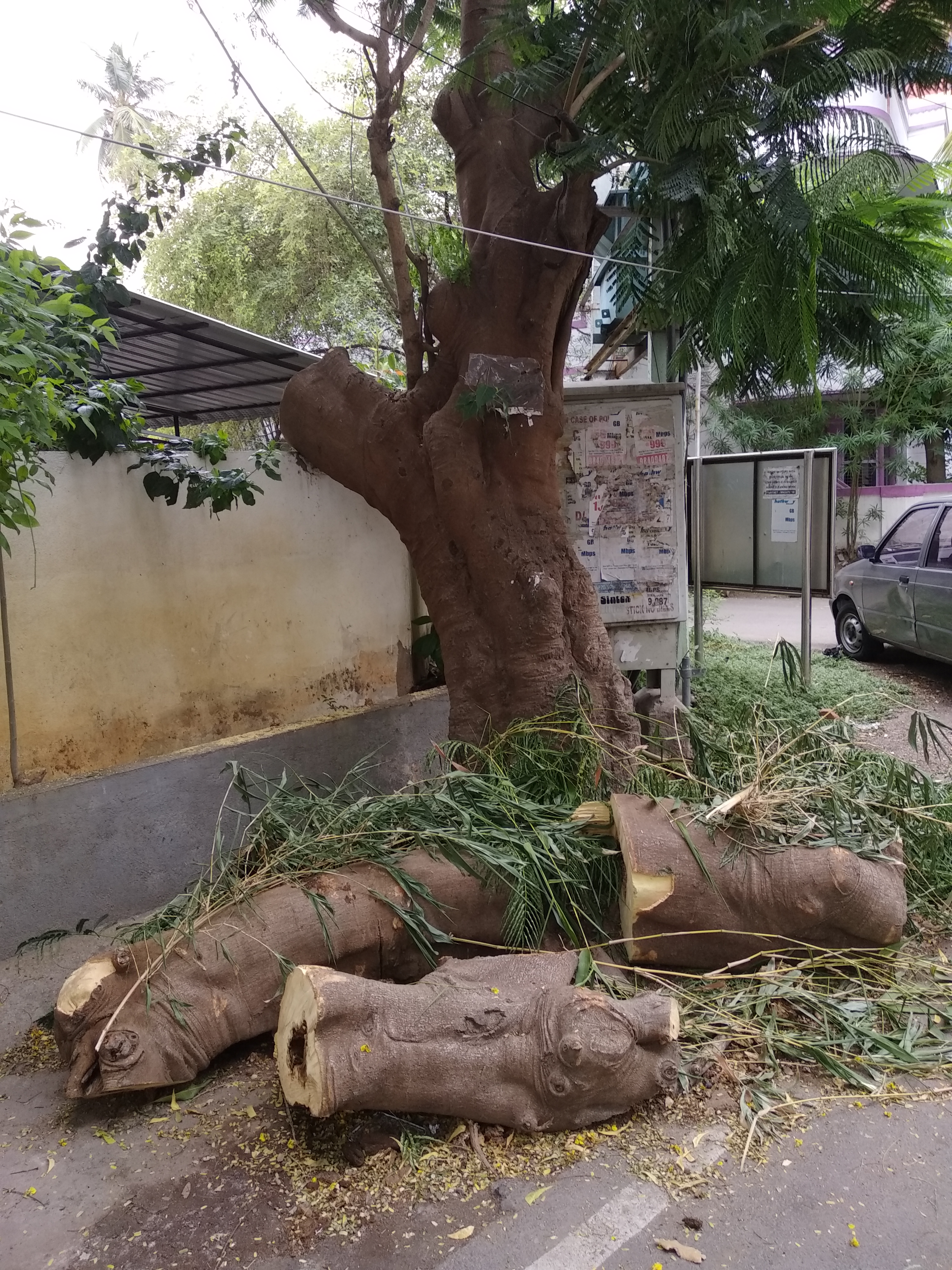 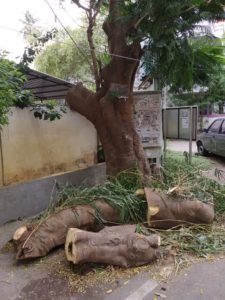 Some members of the community in Jeth Nagar, a sprawling colony in Mandaveli are aghast over the crude pruning of at least 8 to 9 avenue trees that are growing along side the local street.

And they are pointing fingers at the team which manages the Jeth Nagar Residents’ Association.

Some residents say that the Association heads had sought the okay of Chennai Corporation to prune a few trees saying the branches hindered traffic movement.

They did not wait for the permit letter from the civic body.

But workers went ahead and crudely pruned at least 8 to 9 trees standing on public space – huge branches were chopped on Monday noon.

Said one resident, “The trees were on the footpath. The people who ordered the pruning informed the police was that these trees were obstructing vehicular traffic. Further they seem to have applied to Chennai Corporation for cutting only two trees but badly cut down much of about 10 trees and that too without the Corporation’s approval for even two trees. They seemed to think that it is enough if an application is made and they need not wait for the Corporation to verify and initiate appropriate action.”