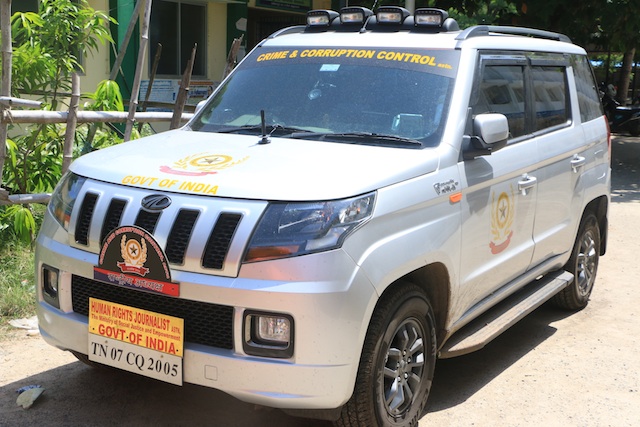 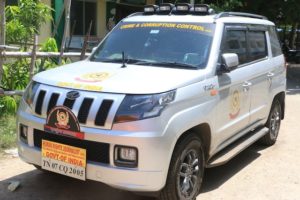 Police have arrested a resident of Abiramapuram for travelling around in a car which had many stickers of media, human rights and social organisations though he had nothing to do with them.

There was even a ‘Govt. of India’ legend painted on the Mahindra vehicle which was fitted with extra fog lamps to give the impression that it was a vehicle of a VIP.

The car was stopped during routine vehicle checks that police undertake at night. The man in the car was also carrying a pair of handcuffs, police said. It is not clear why the stickers were flaunted on the windscreen of the car.

The car was confiscated and a case registered against the man. Abiramapuram police are handling this case.