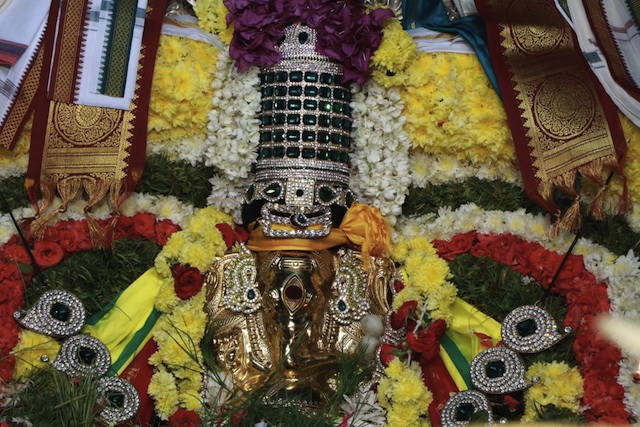 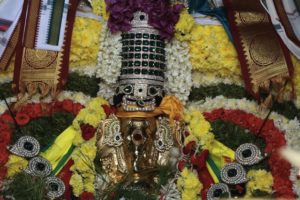 Among the early risers on Tuesday, Deepavali day were the youths who reside at Sri Ramakrishna Mission Students Home in Mylapore.

They were keeping a tradition here – get up before the sun rises, bathe, get into new clothes, say a prayer and burst crackers even as their wardens, the monks of the Mission watched or even joined them in the celebration.

Also early at their post, were the members of the Fire Services. Though there is a fire station at the east end of Dr Radhakrishnan Road, towards the Marina, a fire engine and team were stationed at Luz Circle, to respond quickly to any SOS calls.

Mylaporeans were early at the local temples. The image of lord Vinayaka at the temple in Luz was adorned with a gold kavacham and was grandly decorated too. ( seen in photo here). People queued up at Sri Kapali Temple even as early as 7 a.m.

And going by reports, people burst crackers only for a limited period in the morning, as ordered by the Supreme Court though the bursts and lights went on into the night on Monday.