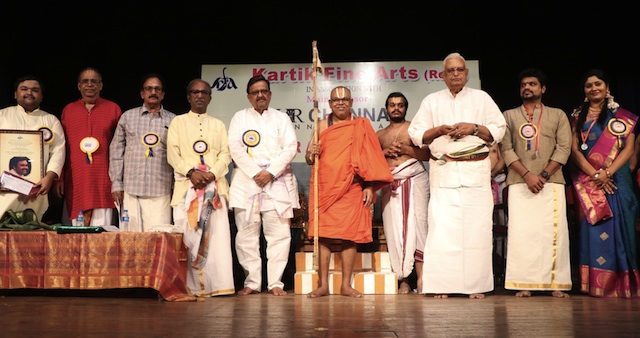 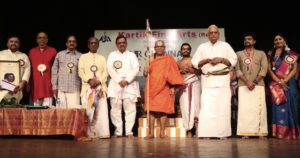 The 44th edition of the December Season music and dance fest of Kartik Fine Arts was launched on December 1 evening at Narada Gana Sabha auditorium, Alwarpet.

Awards were presented to vocalist Kunnakudy Balamuralikrishna and dancer Sudhalaxmi and to Narada Gana Sabha’s Ravichandran.

The spotlight of the evening was on SPB, as the hugely popular playback singer is known worldwide.

He posed with the small girls who carried the ponnadais and citations, asked the emcee not to dwell on his biodata and at began his speech with a short song and went on to acknowledge the sabha’s hosting a music fest for Tamil songs and asked rasikas not to use or switch on their phones when they attended concerts but to focus fully on the recital.