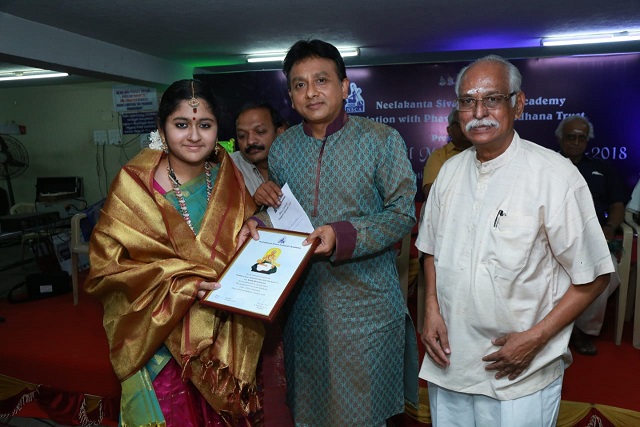 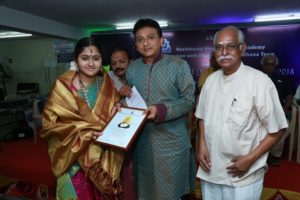 The award was presented to her by vocalist P. Unnikrishnan on Jan 4, at the valedictory function of the Academy’s margazhi fest.

Varsha, a disciple of Thanjavur T. R. Kamalamurthy has been peforming since the age of 10. She is the daughter of vocalist Sreyas Narayanan, a disciple of P. S. Narayanaswamy.