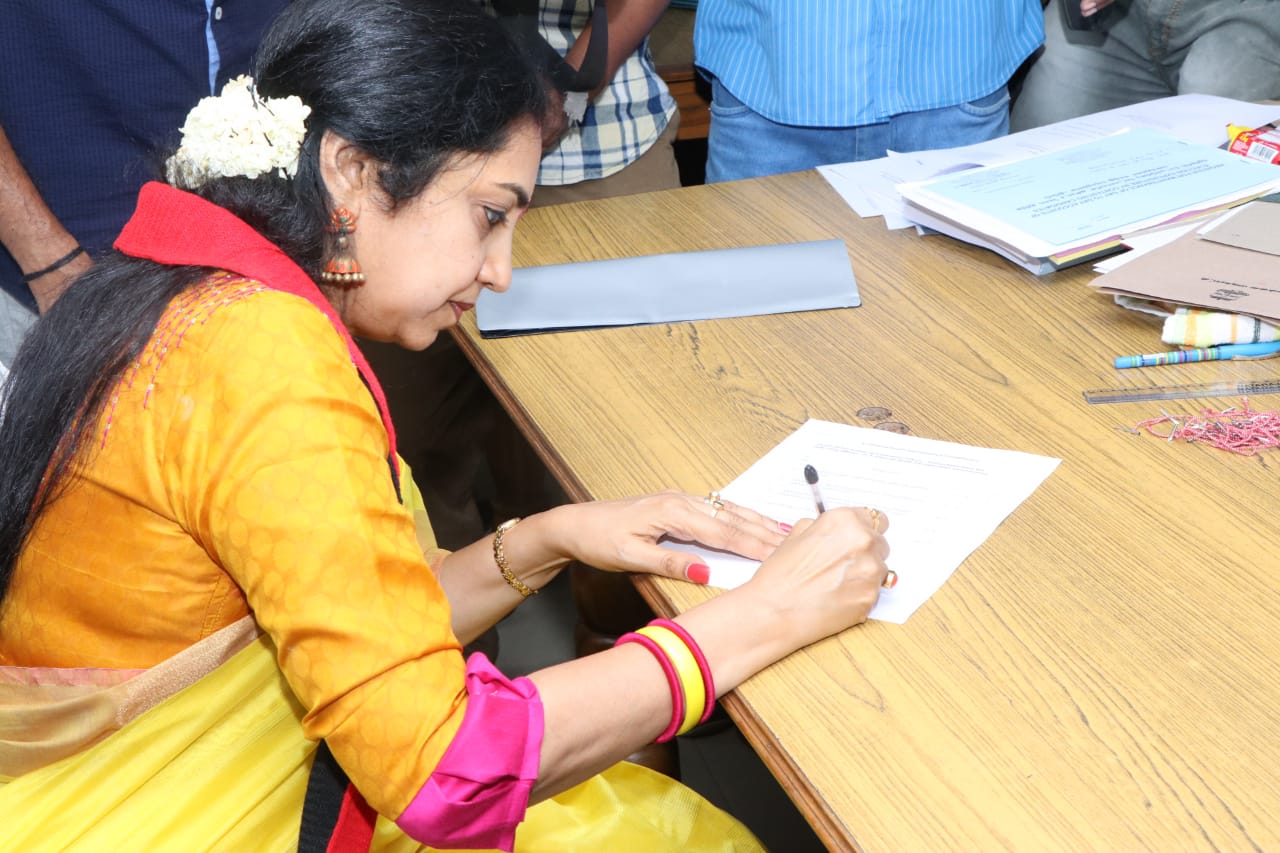 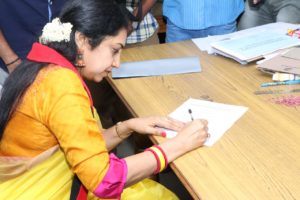 Alongside her were party MLA, Anbazhagan and former mayor of the city, M. Subramaniam.

The party has opened its campaign office in Saidapet which also falls under this fairly large constituency.