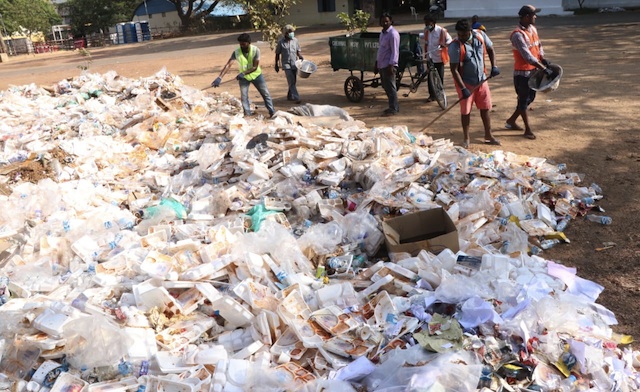 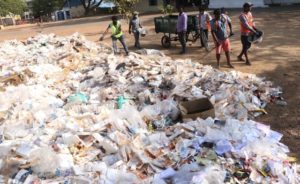 A day after the counting of votes in elections to the Lok Sabha’s Chennai North seat and to some seats in the state Assembly took place in Queen Mary’s College, scores of civic workers began to clear the campus of large mounds of garbage that was left behind all over the place.

There were mounds of paper and plastic, plastic boxes in which food is packed, water bottles and cardboard boxes – all of which were waste left behind by people involved in the counting process here.

Civic workers used large drums and tricycles to cart away the waste. This operation was started soon after the premises was let free from the counting which took place on May 23.

The rooms where the counting of votes took place remain locked.

College staff say that the campus is often left messy after the counting of votes.