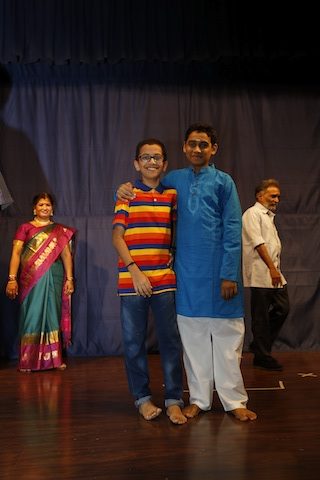 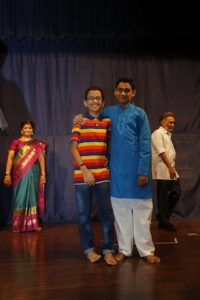 A few school boys have been seen on stage this season as sabhas have been hosting Thamizh drama festivals at halls across the city.

Two of them have caught many an eye at recent drama fests. They are Aditya Sriram and Harish Sathyanandan.

The two schoolboys play two teenage neighbours who work on their innate talents to demonstrate to their families that mastering a skill is not necessarily a heredity thing. Augusto weaves in Carnatic music  into his story.

While Aditya is a Mylaporean, Harish is in the Gopalapuram zone. Augusto says he began rehearsals with the duo even as their annual exams began to end. “Their parents were very encouraging and allowed the boys to work with us even as they revised for the last of their exams,” he says.

The summer holidays allowed for intense rehearsals and though Aditya and Harish are still coming to grips with their acts, they look innocent and natural on stage.