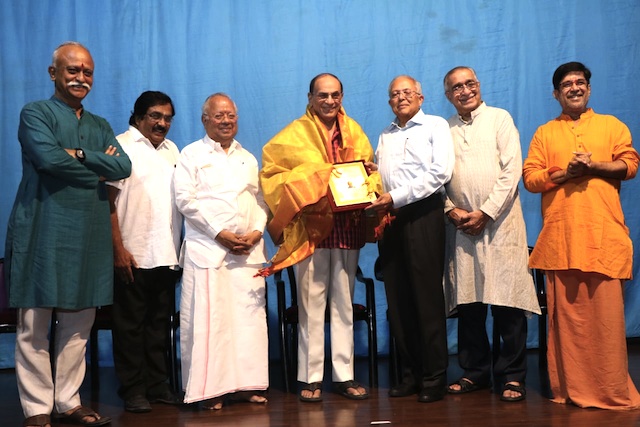 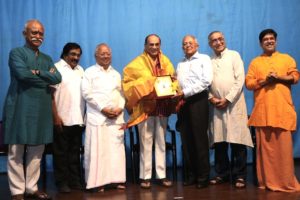 The 89th birth anniversary of wellknown film director K. Balachandar  was marked with an event on July 9 evening at Bharatiya Vidya Bhavan, Mylapore

This was a Bhavans event.

The Bhavan’s Iyakkunar Sigaram K. Balachandar Award for Excellence in theatre instituted by Kavithalaya Krishnan was given to veteran stage and film  actor A .R. Srinivasan ( ARS as he known among friends). Journalist-editor and head of Bhavans Chennai kendra, N. Ravi did the honours.

The award event was followed by staging a Thamizh play ‘Ardhanareeswaram’. 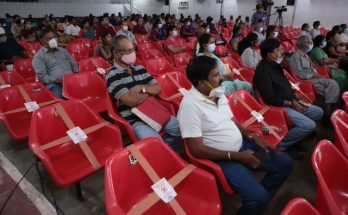