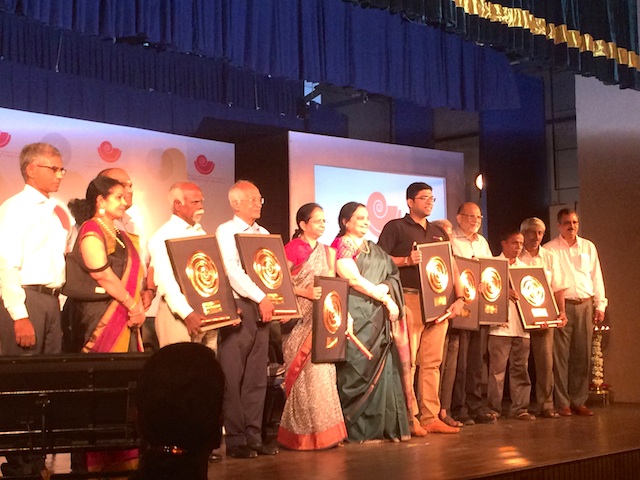 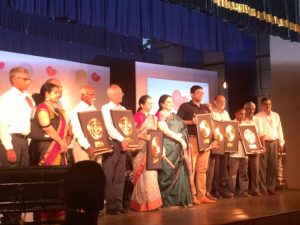 The annual Champions of Chennai awards were given to seven people of this city who have stood out in their fields at a function held at Smt Sivagami Petachi Auditorium in Alwarpet on Saturday, August 17.

The seven awards went to the promoters of Eswari Lending Library in Gopalapuram, which has for ages promoted the reading habit, Madras Dyslexia Association which has helped to get less abled children into mainstream education , Sneha for its 37 years of counselling service to people with suicidal tendencies, Little Drops for taking care of sick and dying seniors, the promoters of the hugely successful Chu Chu TV online channel which is a rage among kids, Prof. Sultan Ismail for pioneering composting using earthworms and former international and national carrom champion and the only Arjuna awardee from his sports stream, A. Maria Irudhayam.

Chief guest Akhila Srinivasan, MD, Shriram Life Insurance presented the awards and said that while she knew some of the awardees well some of them were news to her and that these people had bagged top honours outside and only now in Chennai.

She also promised to tap her contacts to link them up with some of the awardees who needed support and acknowledged the intention of KSA Trust of Mylapore which thought of the awards idea and gives the awards annually at this time of the year.

Every awardee’s work was played as a snappy video on a screen, the citation was read out and a special trophy presented.

A smartly-produced book detailing the 2019 awardees and those of the past and the Trust’s outlook was given to all guests.

Every year, KSA Trust receives over 70 nominations – for art and culture, social service and science, medicare and health, sport and business enterprise.