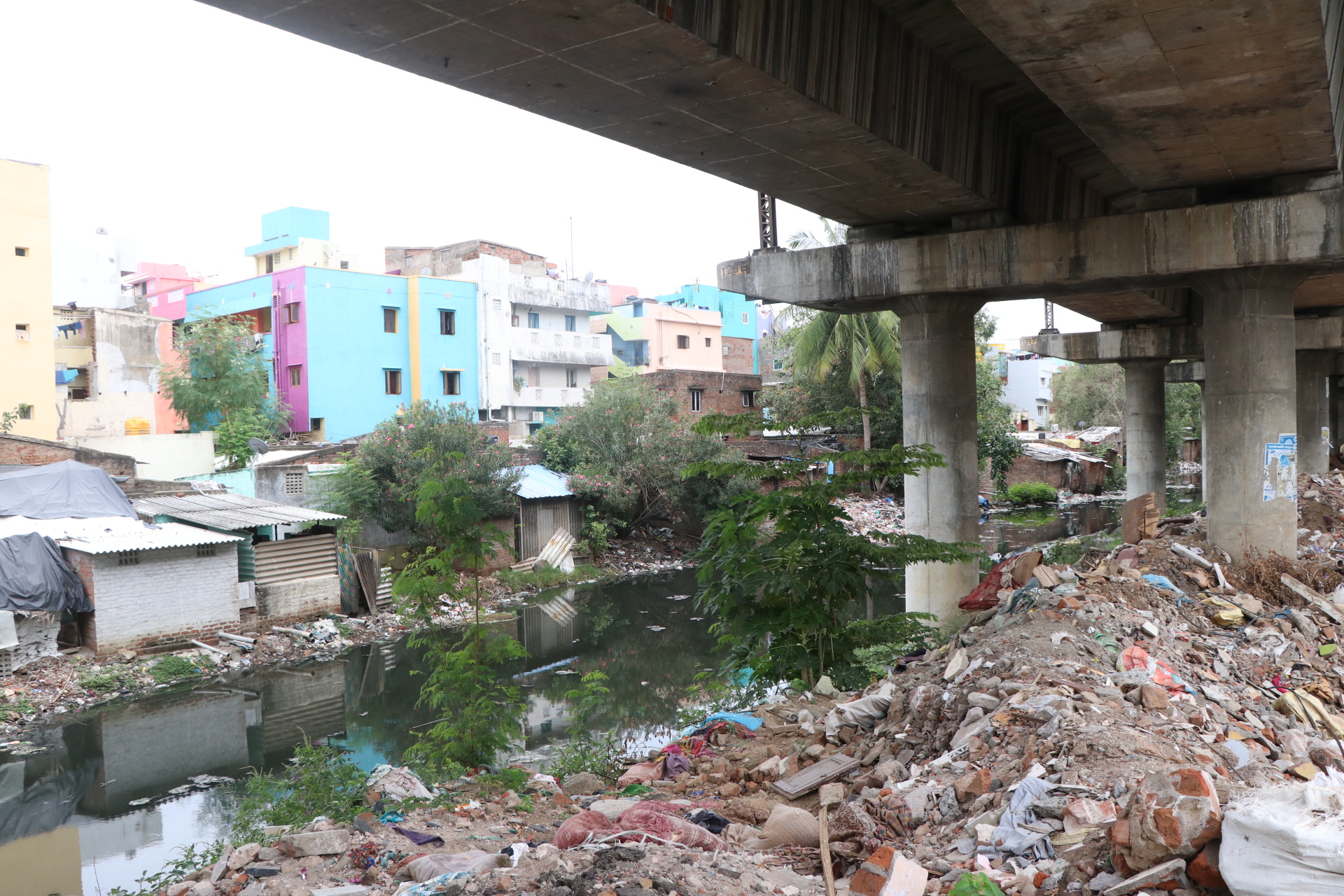 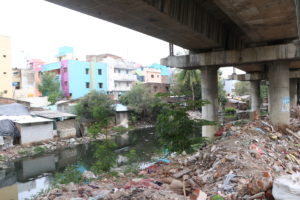 As a part of the Chennai Corporation’s plan to develop the public spaces along the canals of Chennai, Kalvi Varu Street, off the Buckingham canal in Mylapore has been identified for a revamp.

It is expected to be developed as an urban forest following the Miyawaki technique of Japan.

This project, estimated at a cost of 4 crores, is set to commence after it gets the CRZ (coastal regulation zone) clearance.

However, over the years, this street that runs from Mundagakanni Amman Kovil Street to Kutchery Road has turned into a garbage dump yard and a place for open urination and defecation.

Heaps of construction debris, including cement, bricks, asbestos sheets, and domestic waste are strewn along one side of the canal below the MRTS railway track (shown in picture). A number of cars, and vans are left abandoned at this side. Men also use this space to rear their cows and horses and leave their waste here.

On the other side of the canal, several houses of the PNK colony, that line the PNK Canal Street let their sewage, including human waste directly into the canal through pipes. As a result, the whole area on both sides of the canal stinks. Clearly, the civic body needs to set these things right prior to starting the project.