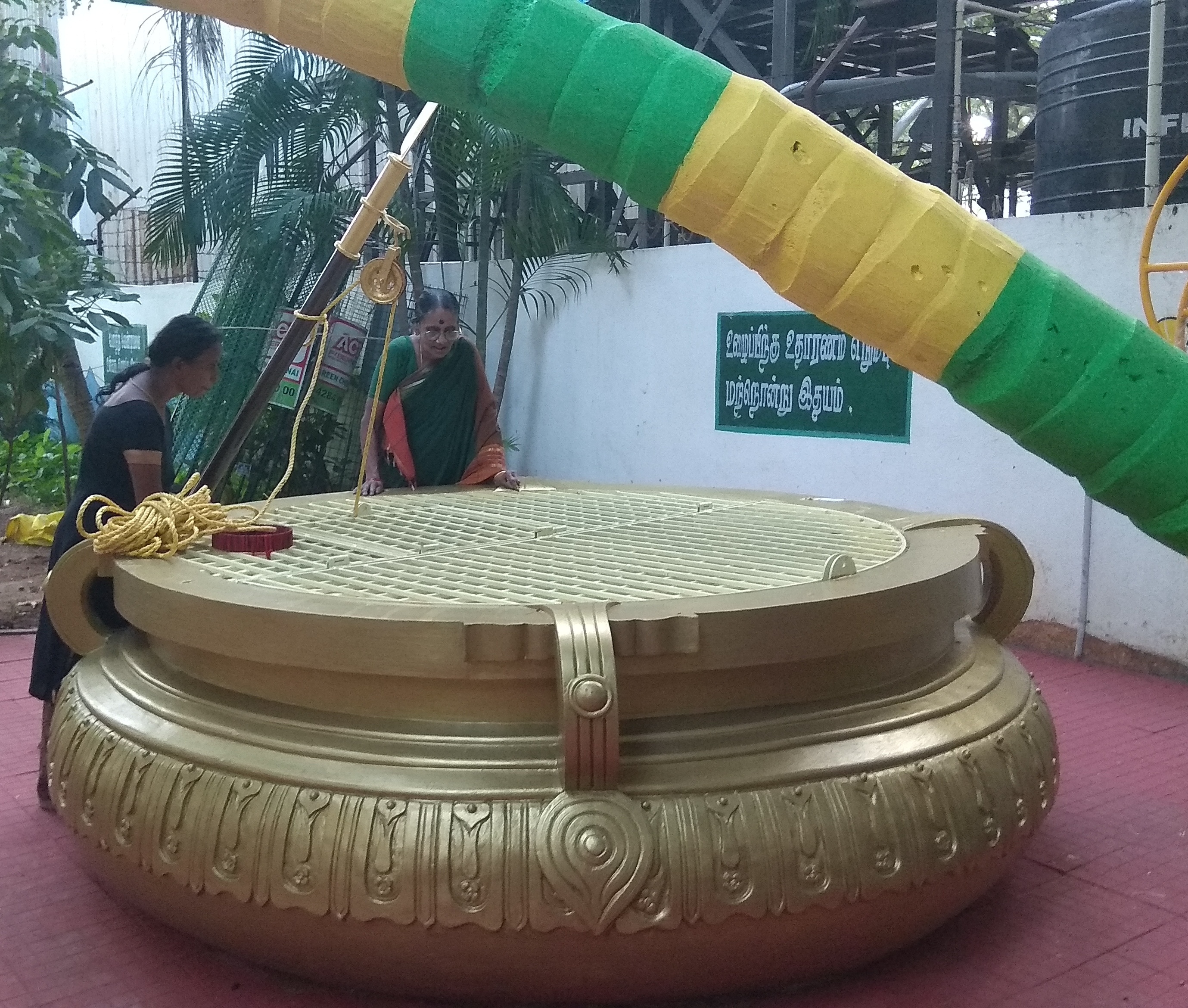 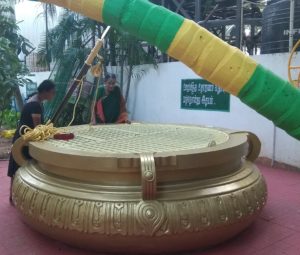 Since a long time, the residents say it was only used for watering the plants at the public park in which it is located.

However, this well, that is said to be decades old was unusable for the local community. Now, the civic body has desilted and given it a new look.

To encourage the locals to take pride and ownership of the community wells, a few weeks ago, the Corporation took this initiative to restore all such wells in Chennai.

Taking inspiration from Kerala, the civic officials have hired temple architects to give an ornamental look to this well. Painted completely in golden yellow, this well, has been made to look like an Akshayapatram (inexhaustible vessel).

Arul Maran, the AE of ward 123 says, “Five labourers took over a week to desilt the well. We have also constructed rainwater harvesting structures that will allow the rainwater from the park and nearby temple to flow inside the well. Provisions have also been made for the public to use the well.”

At present, the caretaker of the park says the well water is used for watering the plants in the Corporation’s park.

The residents, who are also regulars at that park welcome this move. “It is a good effort to revive the well. We hope with the RWH systems connected to the well; the water level would increase” says Logehwari, a resident.

Soon, Arul Maran says that he also plans to desilt and renovate the community well inside the public park at Demonte Colony, Alwarpet.