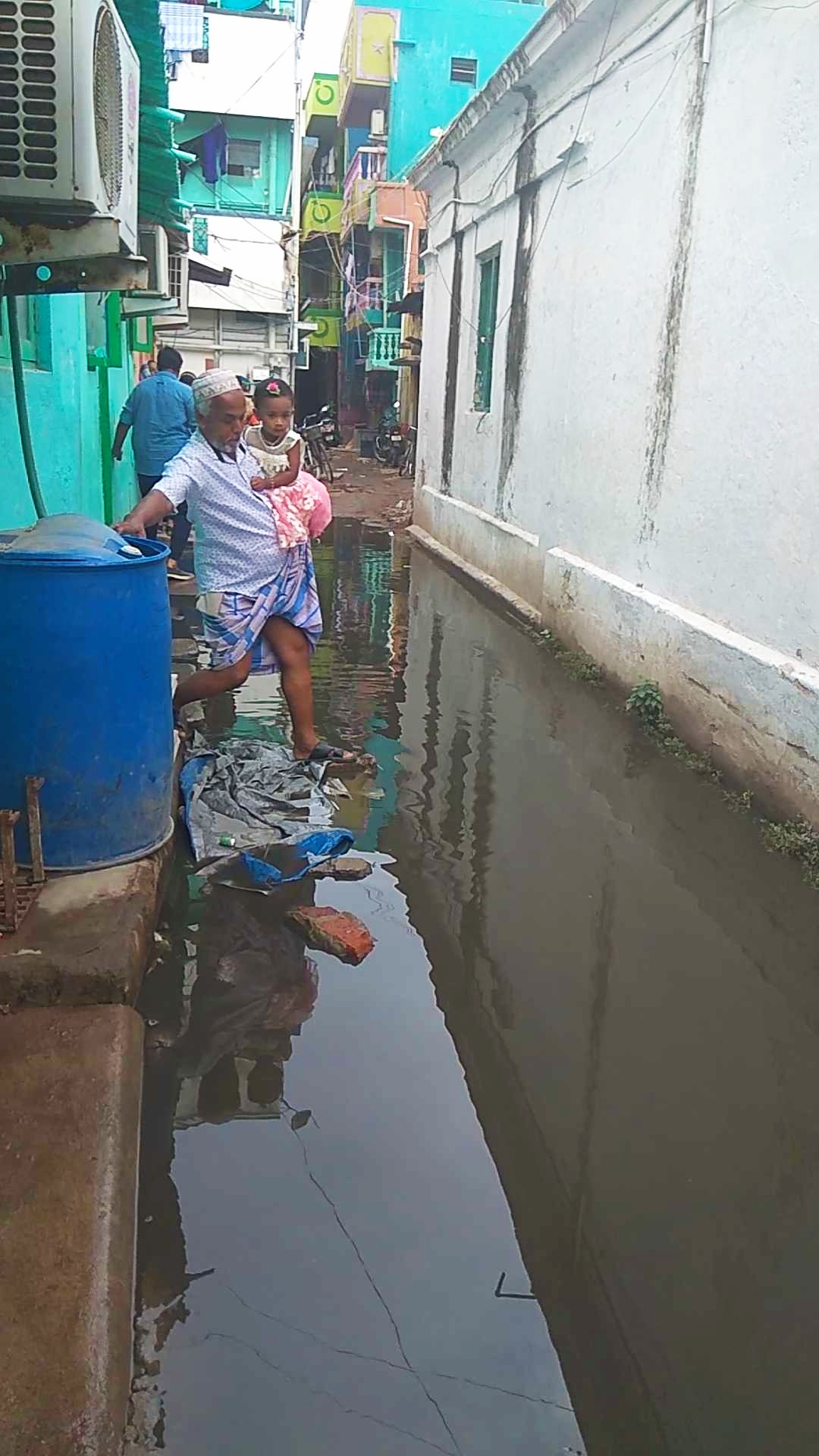 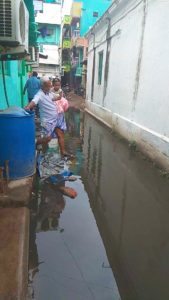 This photo gives you the messy state of a narrow lane that runs from Kutchery Road to Dargah Colony near Jumma Masjid in Mylapore. On Sept.18, it was completely flooded with the ankle-deep sewage water.

Due to this, over 50 families residing in this colony are facing severe hardship as they have to wade through the stinking water whenever they want to go to Kutchery Road and vice versa.

The residents say this has been a regular problem in their area. “Very frequently this issue occurs due to a block in the underground sewage pipe. And as a result, the dirt water seeps out through the manhole and floods the streets,” says Sabudeen, a resident.

Adds Vahidunisa, a resident, “The dirt water has been stagnant here for the past four days. Even after complaining a number of times to Chennai Corporation officials they are not taking any action. Seniors, handicapped persons and children are facing a lot of difficulties,” she says.

With no solution in sight, the residents have placed some stones and bricks at certain points for them to step on while crossing the area.

However, the Asst. Engineer, Metro Water ward 125 when presented with the issue said that this is not a regular issue in that area. “I will send workers to clear the issue as soon as possible,” he said.

That gave away two things – that he wasn’t even aware of a serious problem in his backyard and that his action would be temporary, in response to a public outcry.