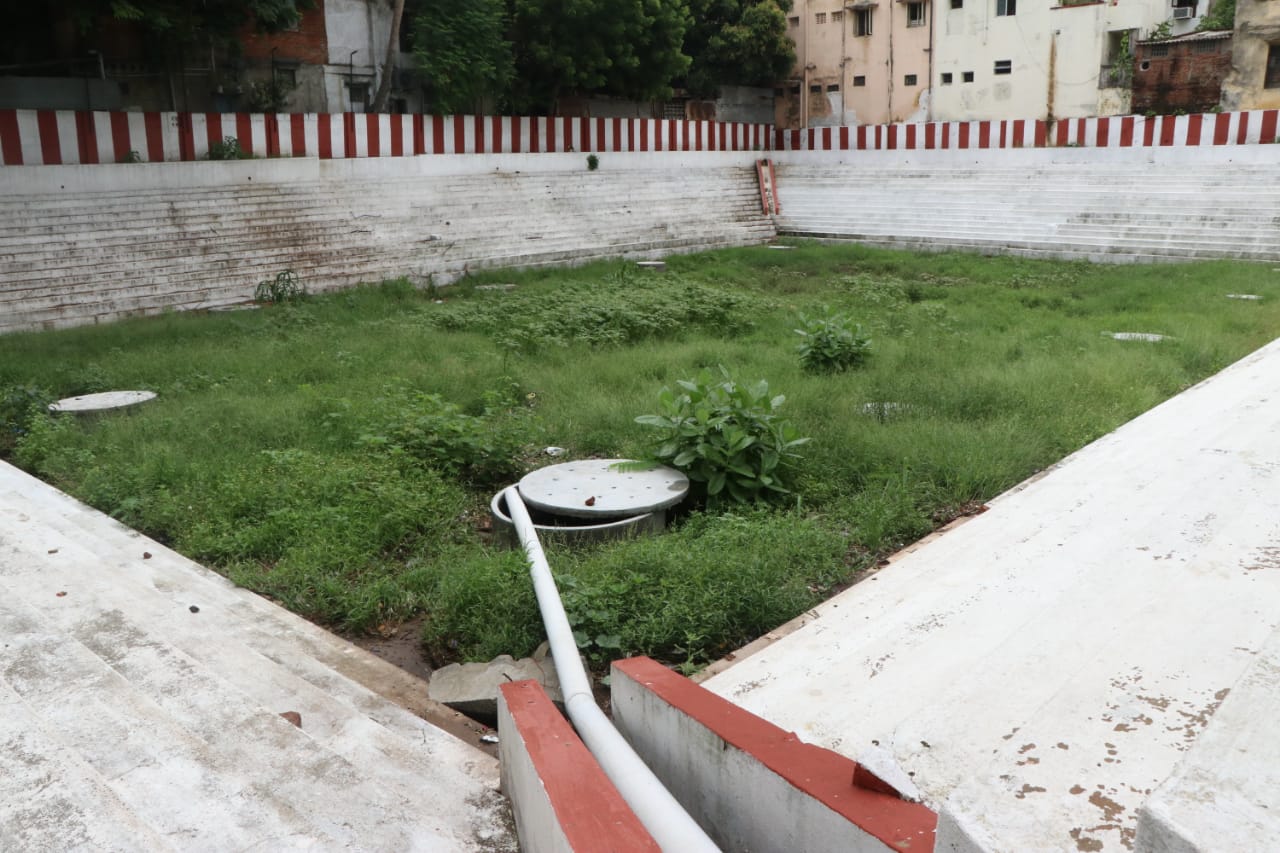 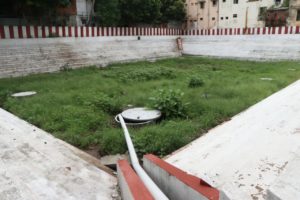 A few weeks ago, pipes were laid around Sri Virupaksheeswarar Temple which is located on Bazaar Road to lead more rainwater into its tank.

10 recharge wells were constructed bordering the tank’s bed. And pipes were laid to carry water from the temple’s surroundings, including its rooftop and from a section of Bazaar Road, to these wells.

However, waste from this area also runs into the pipes. Says Muthu Vijay, the temple priest, “The pipes carry the muck, plastic and paper with the runoff  water when it rains. Also, the tank’s bed is filled with vegetation.”

He says temple officials have said that removal of vegetation, desilting, and other works have to be carried out but it is not clear yet when this work will be executed.

Since the temple is surrounded by thick habitation where all households have sunk borewells deep, any water that collects in the tank gets sucked up by the borewells. However, the tank remains a key water storage facility in this area of Mylapore.