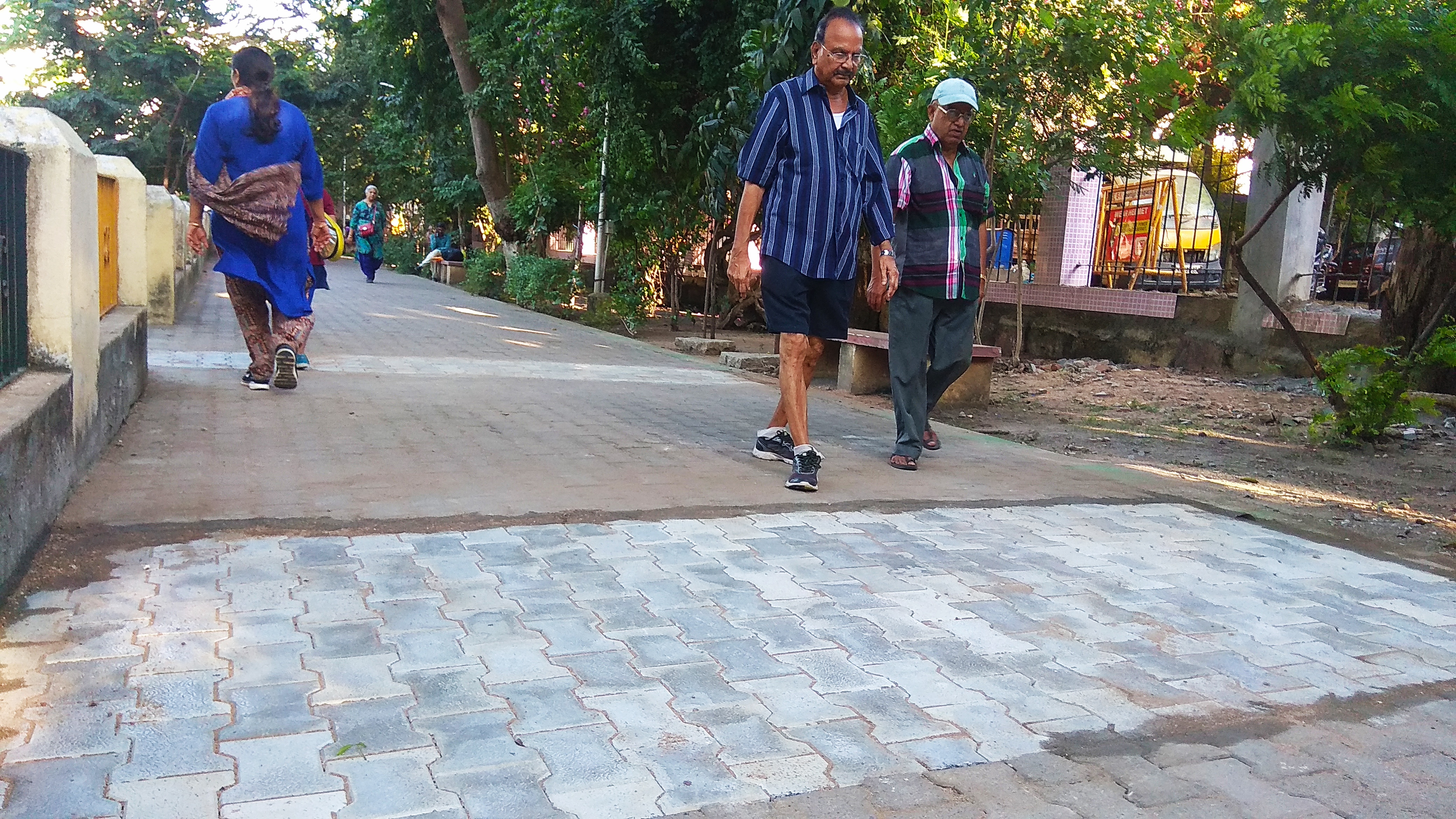 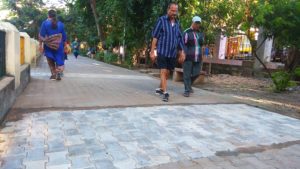 Sections of the walking paths at Nageshwara Rao Park in Luz have been relaid.

The workers contracted by  Sundaram Finance, the company that manages the maintenance of this park carried out this work.

The work had to be done after sections of the walk paths gave way and were tripping walkers too.

Said Kannan, who was working on the project, “At most places the path gave way due to the protrusion of the roots of the nearby trees underneath the footpath. So we have trimmed the roots before relaying the blocks.”

Workers are replacing the concrete paver blocks in some places.

Some park users say the footpath being relaid is a timely step. Some of them have raised a few concerns. Said R. Sridhar of Mylapore, “The newly laid paver blocks are slippery. I fear they can be a problem in the rainy season. Hope the workers roughen the surface.”