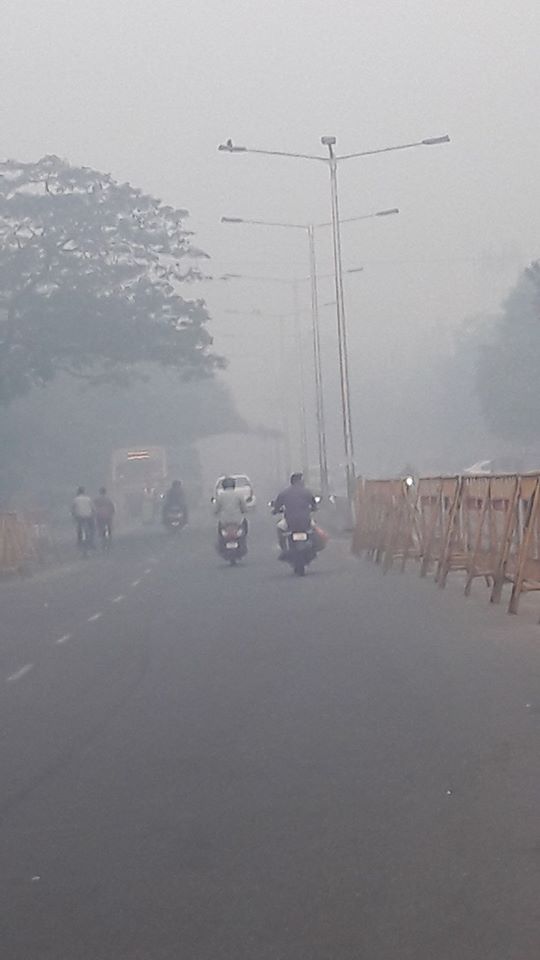 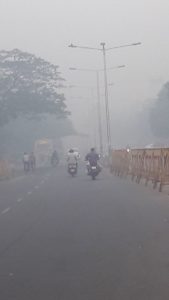 If there was a simple indicator of the level of pollution on Bhogi morning in the Mylapore neighbourhood, then it was the atmosphere around the tank of Sri Kapali Temple.

There was a huge blanket of smog and smoke that hung across the tank and in the sky above, with only a faint glimmer of sunshine even past 7 a.m.

Elsewhere, the smog hung heavily in the inner streets in many colonies of the neighbourhood.  In some places, people were seen burning waste and the smell of burning plastic and tyres hung in the air early in the morning.

Unlike earlier times, there were no signs of any civic campaign to discourage people from burning articles in the public spaces.

The photo featured here was shot by Baskar Seshadri; of the scene on Luz Church Road Tuesday morning.