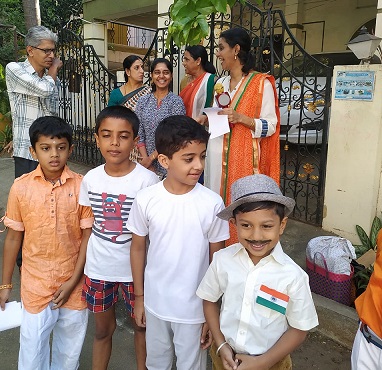 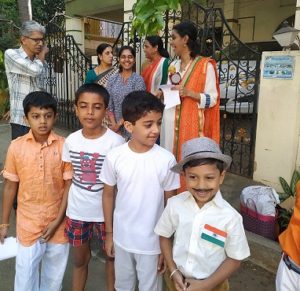 Several community groups in the Mylapore neighbourhood marked India’s 71st Republic Day this year in their own ways.

About 100 people participated in the Republic Day celebrations organised by R. A. Puram Residents Association on Jan. 26 at the Corporation Park at 7th Main Road, R. A. Puram.

The national flag was unfurled by the president of the association Dr. R. Chandrasekaran. This was followed by a march past of the NCC cadets of Rajah Muthiah School, R. A. Puram.

Later, there was a villupattu by school students on the need to avoid single use plastic. AE’s of Greater Chennai Corporation and Metro Water, Arul Maran and Navin Kumar were honoured for their work in resolving civic issues of division 123.

The quarterly meeting of the association was held after the Republic Day event. Talks were held about the pilot project to segregate garbage at 5th, 6th and 7th Main Roads at R. A. Puram. About 150 kg of manure will be available soon under this project which has been conducted in association with Chennai Corporation. For details contact 9841030040.

–  At Raja Street, Mandaveli the residents, young and old got together to sing patriotic songs (seen in the picture). Some of them came dressed as freedom fighters. A Bharatanatyam performance was also held.