Mylaporeans are reporting that newspapers were not delivered in some areas while some people who subscribe to more than one newspaper did not get one of them.

Informally, news circulation agents are saying that they will have to suspend operations since some clients have suspended receipt and that many circulation boys want to stay home and not do the rounds.

A resident of R. A. Puram said that in today’s newspaper delivered, there was a handbill notice from the agents saying that circulation will be suspended till March 31.

But another resident of this area said he did not get any such notice.

Vaccination campaign gets on to door-to-door mode; start made in kuppam 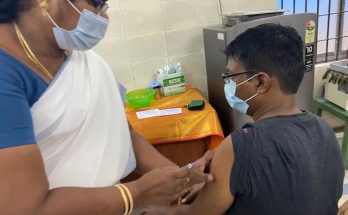