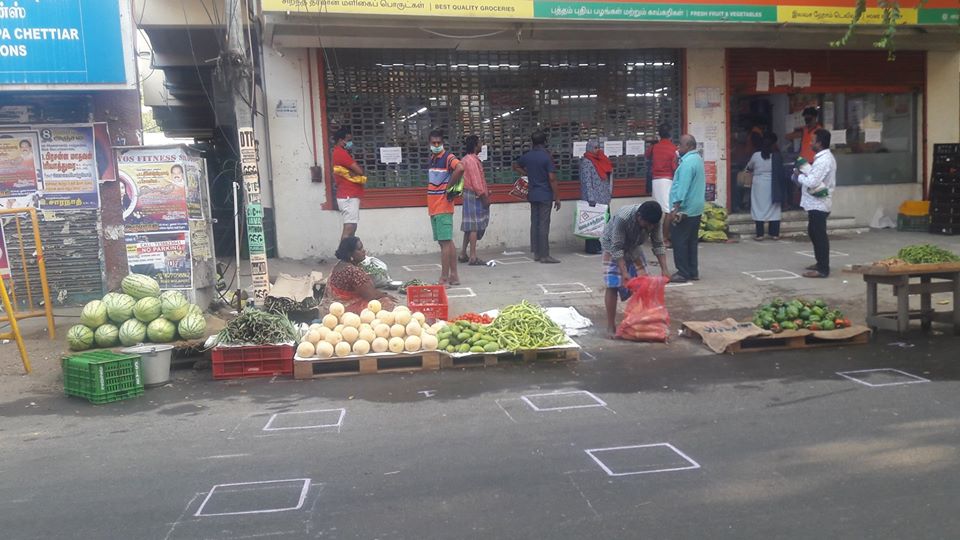 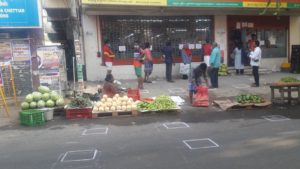 In an effort to decongest the market at Bazaar Road, Chennai Corporation has shifted roadside vendors of Bazaar Road to Kutchery Road.

The vendors are now selling veggies/ fruits at the pavement off Kutchery Road. Markings are made in front of each shop for buyers to maintain social distance.

Most of these vendors used to sell betel leaves and nuts, veggies and flowers. However, now they are seen selling watermelons and muskmelons.

Says Bhaskar Sheshadri, a resident of Mylapore, “The flower vendors had to switch to a different business ( selling fruits ) as they were unable to invest money in buying highly-priced veggies.”

As the vehicular movement is low due the lockdown now, the civic officials said one half of Kutchery Road has been converted to market. The other half is left for vehicles to pass.