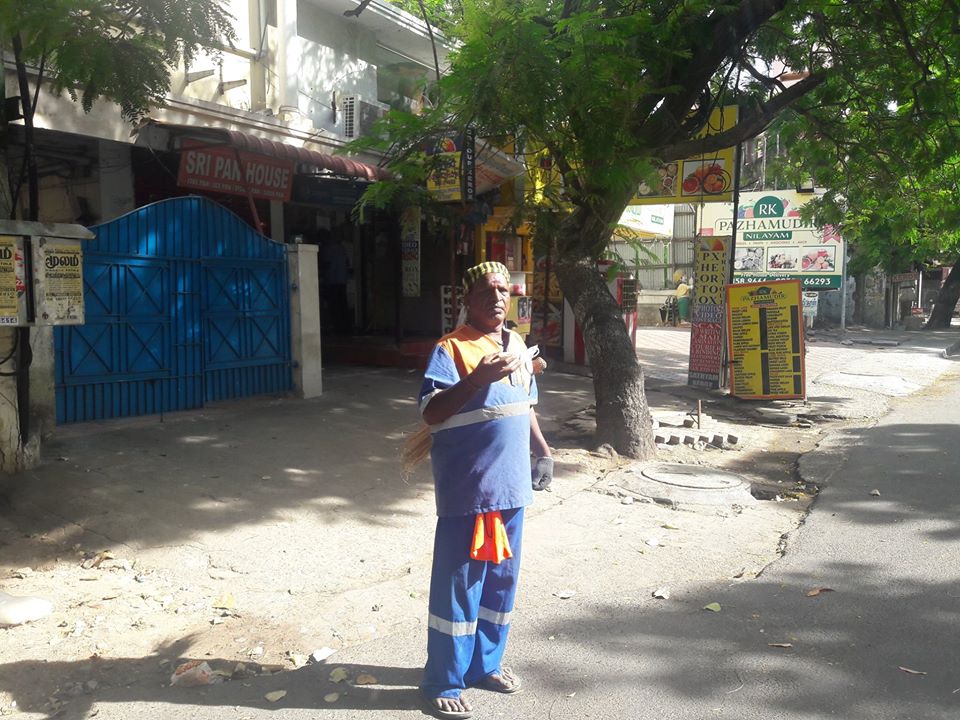 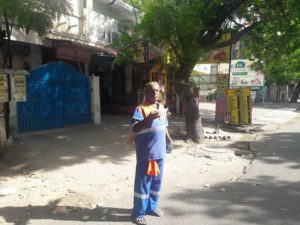 Today, June 4, Thursday is Day 63 of a service that community activist Baskar Seshadri has carried out this virus season. Offering free, a cup of tea to civic and health workers, security guards and police personnel.

Baskar has run out of money now. But he and his partner, the chai-wallah have been doing the morning rounds nevertheless, hoping donors will trickle in.

He started offering a few cups of tea in early April when he met civic workers on the streets, at work saying they missed a tea during a break. The tea shops were shut as soon as the lockdown was enforced.

So he roped in a chai-wallah who was trying to earn his bread selling tea to people at street corner.

Over time, the few cups of the brew have now crossed 100 cups. Biscuits are also offered.

Baskar hopes donors will come in. “I need this for a few more days I think,” he says, adding he has had to suppress his enthusiasm and curtail his service.