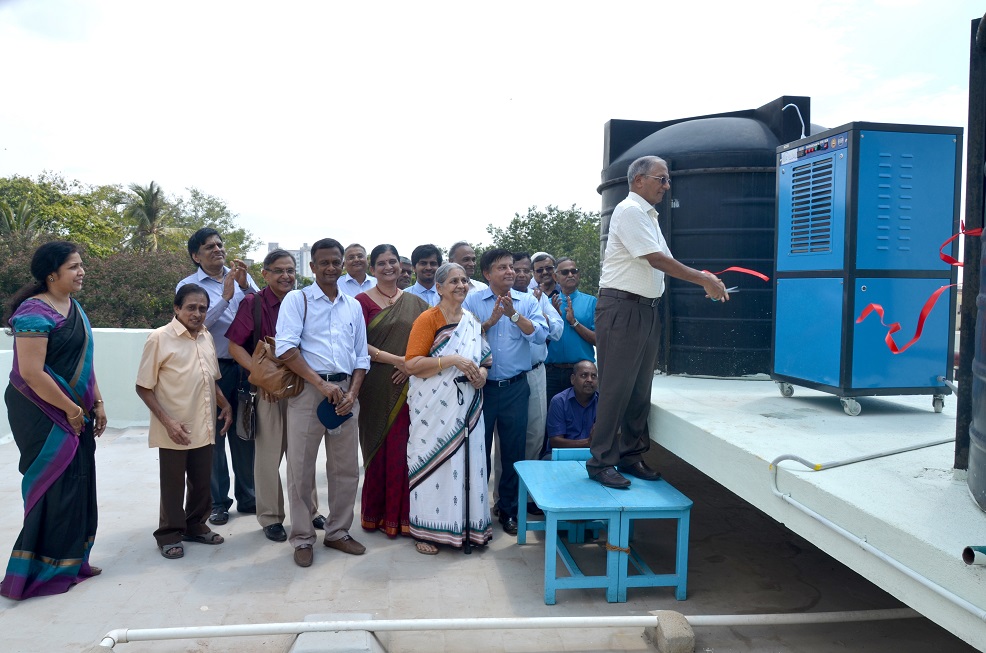 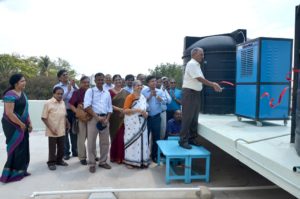 Just recently, Vidya Mandir, Mylapore was featured on television (History channel) as one of the schools in the neighbourhood that had installed an atmospheric water generator at their campus.

The equipment built by Vayujal Technologies Private Limited, a start up formed by an IIT Research team at Chennai, provides potable water by converting air into water.

And this was made possible through donations by the alumni of the school’s 1969 batch.

The principal of the school, Shoba Raman, says, “We were not very comfortable with the RO system that we had installed for the students and staff of the third floor at our high school. We wanted to try something different and that is when we chanced upon the idea of an atmospheric water generator. There were certain conditions with respect to location and humidity levels that we had to meet. Once we got the nod, we decided to go ahead and get it installed”.

The generator, which has a capacity of 100 litres of water a day, was inaugurated on June 23 last year by the president of Vidya Mandir, Viji Santhanam in the presence of retired teachers, the school’s principal and the alumni batch of 1969.

The president of the school’s alumni association M. Kannuswamy says the inauguration of the equipment was just one part of the golden jubilee reunion celebrations held that day. 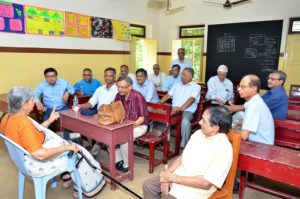 The old students had been planning for their reunion for more than a year. Two of them flew down from the US for this event. The class of ’69 were also able to contact six of their teachers, four of whom were well into their 80’s and two more nearing that number. One teacher also advanced her trip from Boston, USA to be a part of this reunion.

The group shared nostalgic memories of time spent together. They talked about the places they dropped into when they were students – Sukha Nivas, Himalaya Ice Cream Shop, Lakhs and Lakhs, Kamadhenu Theatre, Amar’s Traders and India Coffee House to name a few. They then walked into their sixth form classroom, eased themselves into the wooden benches and recalled snappy anecdotes and ‘confessions’ from their student days.

Later a group photograph was taken and the teachers who had made it to the event were honoured with special mementoes. For details contact the school at 24980834.

(( )) SCHOOL ALUMNI batches are welcome to share get together and donation acts news with Mylapore Times.