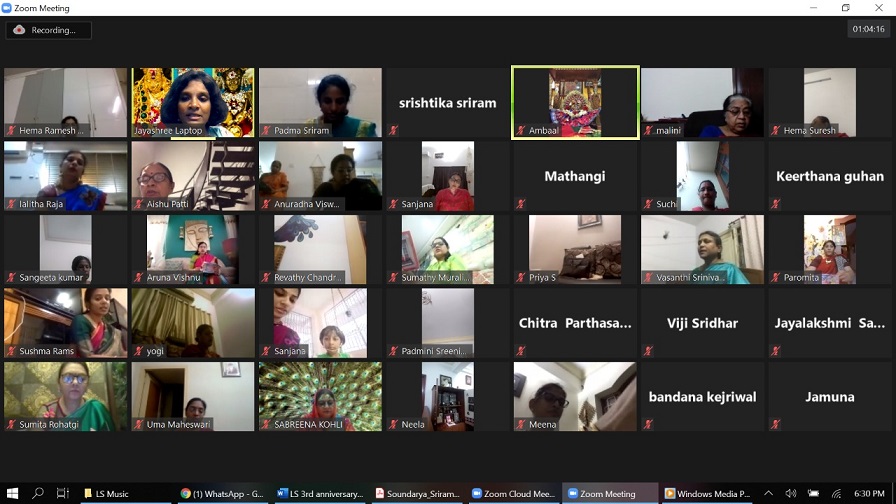 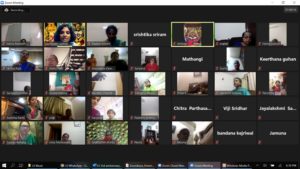 The residents of Rani Meyammai Towers at MRC Nagar celebrated the third anniversary of their chanting group yesterday.

The group’s journey began in June 2017 when a group of women decided to chant hymns from the Lalitha Sahasranamam on Fridays. As they continued every week, more women joined in taking turns to conduct the pooja from their homes.

Every year, they would mark their anniversary with a visit to the Lakshmi Kamakshi Amman Temple nearby. A silk saree would also be offered to the goddess there.

This year however, upanyasams, dances and bhajans were arranged online through Zoom. Later the women paid for an abhishekam and had the silk saree delivered to the temple.