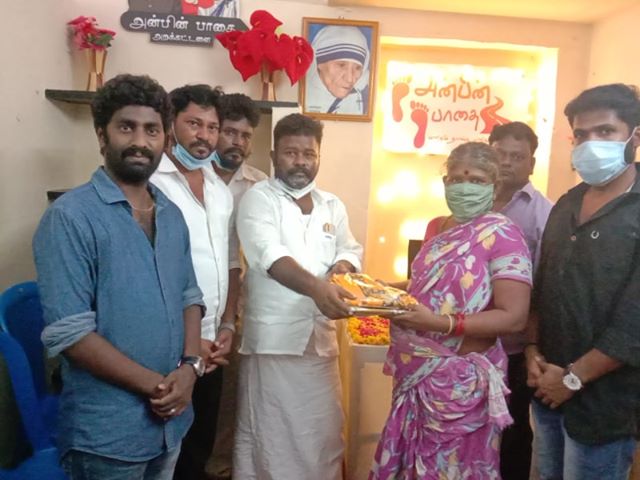 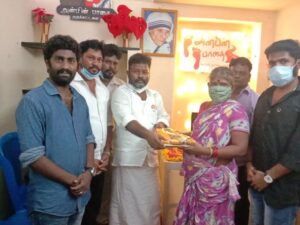 Youths who are behind a community-focussed Trust based in San Thome have been doing their bit these difficult times.

Anbin Pathai Trust, formed some 10 years ago recently marked the fifth remembrance day of late India president Dr. A P J Abdul Kalam by opening a small office on Muthu Street and asking the guest Nedunchezian who is also into community service in CIT Colony to grant utility packs to a few local families. ( photo here is of this event)

Says G. Clement, founder and trustee, “From our donations and funds from well-wishers we do small acts of charity locally.”

The past three months, Clement and his team of members in their 20s and 30s have distributed food packs to the homeless and the needy in the San Thome – Mandaveli – Mylapore zone.

“We hope to run a free tuition centre at our new space for kuppam-based school children once life settles down,” says Clement.

He says friends and families known to the Trust members chip in with small donations that fuels their charitable outreach.