Professor K. Bhanumathy who passed away on August 8,  retired  in 2011 as Head of the Tamil Department, Queen Mary’s College, Chennai.

She was known for helping out needy students with their education. Bhanumathy showed her affection for her colleagues by distributing sweets at the beginning of the academic year  and ‘sundal’ at the end of it.

A great bhaktha of Hanuman, she even wrote a book on the lord. Hers was a life of tragedy and courage. Losing her school-going child to cancer and later, her husband, these downs in life did not deter her from her professional duties.

She nurtured her second daughter who got her engineering degree, passed the Group 1 exam and entered the TN police department as a DSP officer.

The family can be reached at the late professor’s daughter, Vandana Banu at 9789941524. 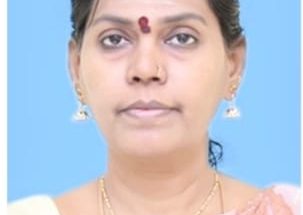 Executive officer of Sri Kapali Temple passes away. Kaveri managed the temple for some 10 years.