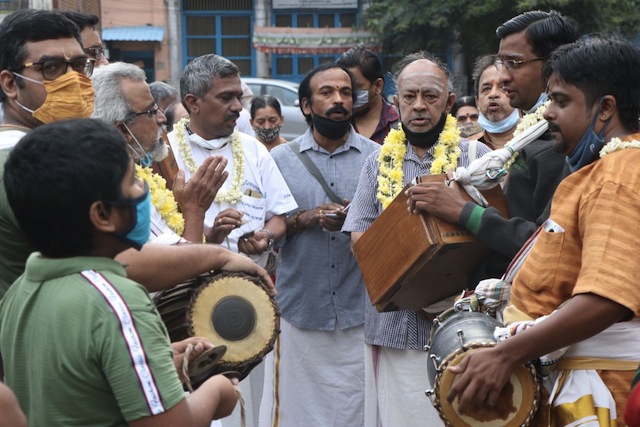 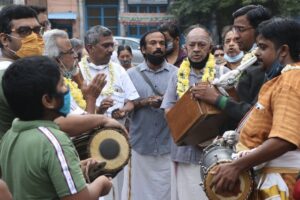 On a misty morning, the first of the margazhi season, on the mada streets were people who have become a permanent fixture of this season – the bhajan singing groups.

But on December 16, this Wednesday we noticed only one such group; usually there are three or four doing the rounds of the mada veedhis, singing as they walk along or at the many stops they make.

Missing was the group that draws its inspiration from late Papanasam Sivan, composer-singer-musician.

This morning the group, members who follow swami Haridoss Giri did the rounds. Just that many of them did not use their masks the way they should be and many often kept close to each other – violating pandemic time regulations.