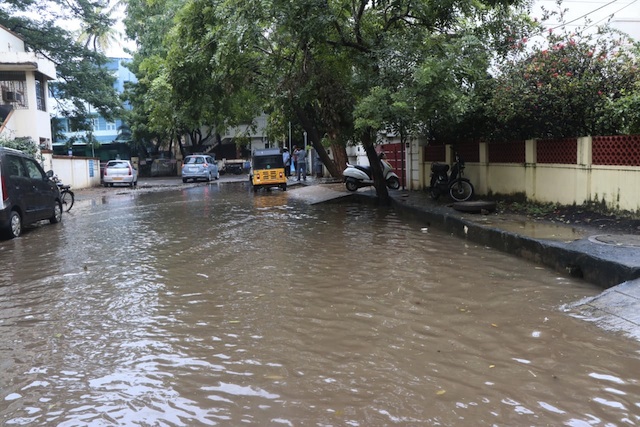 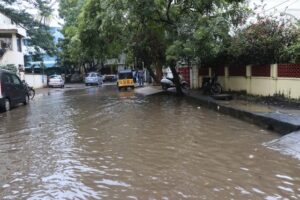 Residents of Thiruvengadam Street in R. A. Puram are sick of a civic problem that now seems perennial – flooding at monsoon time.

The street, which runs south off Venkatakrishna Road and ends at School View Road was not only flooded over the past fortnight but worse, sewage seems to have polluted the rainwater and even entered many a home.

Residents say that staff of the local unit of Chennai Corporation and of Metrowater are slow to respond to their calls when the flooding is severe and the stop-gap fixes they undertake are not going to help.

Last weekend, Metrowater staff were seen working on the street that had lots of apartment blocks and independent houses even as rainwater remained stagnant through Saturday.

The heavy rain caused by cyclone Burevi caused flooding and water was knee-deep forcing residents who had to step out to shop or run errands to wade in dirty water.

And when flooding took place when cyclone Nivar affected the city sewage ran out of the drains and polluted the flood water and entered many a home here.

Said Prasanna Ramaswamy, who made SOS calls to the civic units of the area, “The staff were casual to our calls and passed the buck and their work is just stop-gap. We need a permanent solution.”