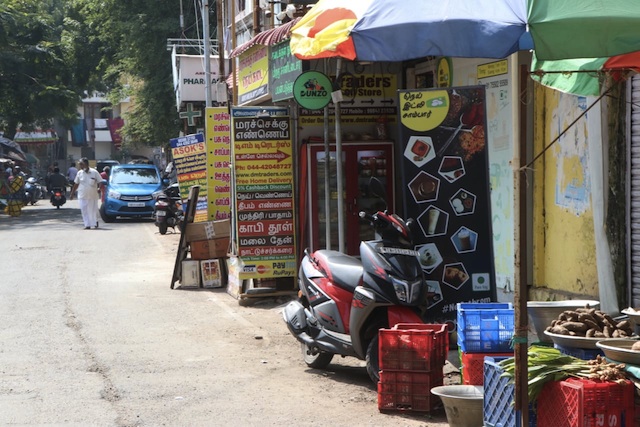 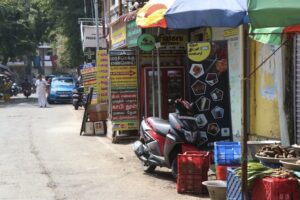 Users of the streets around the Chitrakulam are pointing out to the chaotic conditions existing now on the western street here.

They point out that with shops hugging the temple tank on one side and an equal number of shops facing them using the street space for their business, the street open to pedestrians and motorists is narrow and causes traffic jams.

K. V. Rajagopalan says the shops on the western side of this street have encroached space on the street. He says in his e-mail, “One businessman has permanently fixed his showcases and refrigerator  right on the road. Neither Chennai Corporation officials nor the traffic police seem to take any action on this matter.”

In recent times, rental space here has been in great demand because retail sales on and off the mada streets seem to benefit a lot from the busy movement of people.

(( )) REPORT a major civic issue that affects your area. Mail a note and photos to – mytimesedit@gmail.com