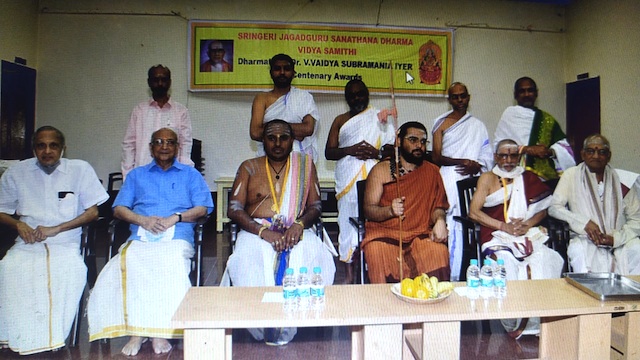 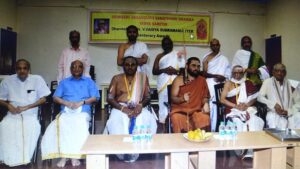 This event as held recently at Sringeri Pravachana Mandiram,

Swami Vidyashankara Saraswathy, Sri Vidyanarasimha Ashram, Nerur presided and presented the awards. The awards carried a purse of Rs.
25000 each and a gold medal.

Vedanta student Suresh Krishna was extended a scholarship
of Rs. 15000 as well.

Office-bearers of the Samithi,  V. Vaidyanathan and
V. Jayaraman were present.