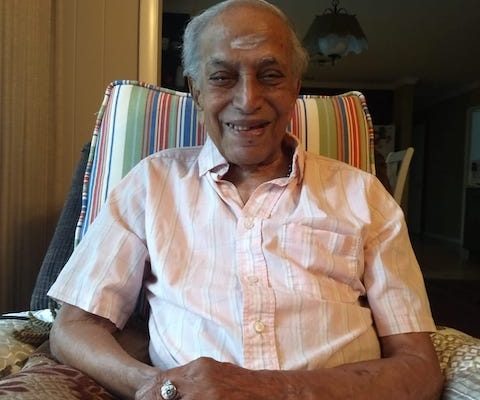 K. S. Manikka Rathnam, retired head master of P. S. High school breathed his last at the
age of 91 in the United States.
He had served the school for thirty three years and retired as the headmaster in 1988.
He started out as the NCC master in this school and rose up the ranks to become HM.
He died at on April 20 at his eldest daughter, Malathi’s house in the USA. Loganathan is his foster son who lives in Chennai .
He is survived by his wife who was also in the US and three daughters, all belonging to the medial fraternity.
Contact Loganathan – 98417 59842 .
– Report by Baskar Seshadri