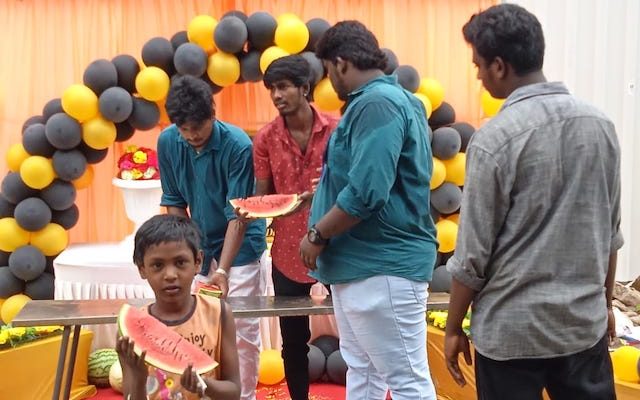 The youth of the Vanniyapathi colony in R. A. Puram put up an event to remember Dr Ambedkar on his birth anniversary on April 14.

They fitted coloured balloons on a makeshift stage in the colony and later, distributed water melon slices to adults and children.

Vanniyapathi, till recently had this huge campus of Slum Board tenements blocks which were brought down since they were falling apart, to construct new blocks.