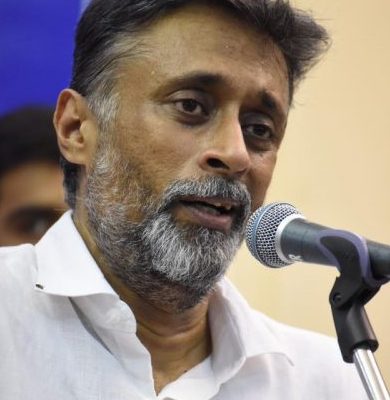 Carnatic music artiste Sanjay Subrahmanyan is on to a new series online. Just launched is ‘ On That Note’.

In this series of snappy videos, conceptualised and executed by Adyar-based Bhargavii Mani, Sanjay dips into a ragam and then shares an experience or a thought or a career facet associated with it or a memory it triggers.

In the first episode, very snappy indeed Sanjay touches on the film ‘The Disciple’ released online recently on the life and career of a music artiste in the making and dwells on his own experience with his guru.

Bhargavii says she and her team have been shooting the episodes on a regular basis at her studio in Adyar ‘ “taking 100% precautions of the pandemic time” and it has been an enjoyable experience.

“Sanjay and his wife are fun and they make my work easy,” says Bhargavii.