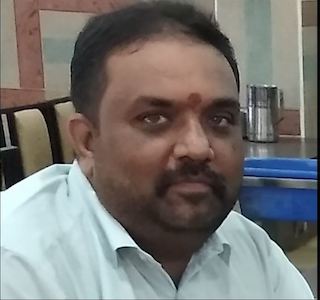 Kamesh Bavaratnam, 42  a resident of R. A. Puram who passed away recently due to Covid illness was a hyperactive community civic activist.
He  wrote on local civic issues online and also took them up with officials.
He ran  his own business of recruitments and this followed from his working experience in the HR field.
He was also an avid follower of Thamizh film music and a big fan of film music director-composer Ilayaraja . He would sing Ilayaraja songs at informal and formal meet-ups. Said a friend,”Kamesh was crazy about Ilayaraja and was closely associated with the official fan club.”
He was also a good medium pace bowler in his youth.
A warm, fun-loving person. Kamesh had lost his mother recently.
He is survived by his aged father who is 82 now, his wife and daughter Hiranmayi who is nine years old and studies in Class 4.
– Reported. by Baskar Seshadri