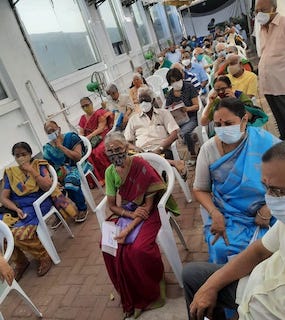 Kauvery Hospital in Alwarpet is to start offering the Sputnik vaccine from Friday, July 9.

A media note shared by the hospital said that this vaccine is now on offer locally after it was introduced in India after Covishield and Covaxin. The time interval between the two doses of Sputnik V is three weeks.

A hospital staff manning the vaccination counter said that Sputnik will be administered here only between 2 and 4.30 p.m.  It costs Rs.1145 for a dose. Since it is a newly-introduced vaccine is can be taken only by people who have not yet had their first jab.

Meanwhile, Kauvery continues to also offer the Covaxin jab; this is offered in the mornings and costs Rs.1410 for a jab.