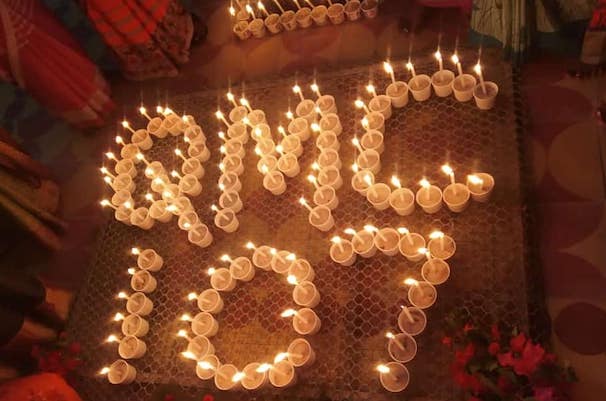 This was a snappy, simple and symbolic event held on July 14- the commemoration of 107 years of Queen Mary’s College, located off the Marina.

The college faculty, staff and some students who were around gathered around the bust of Queen Mary, and placed flowers, lit candles and greeting cards on the floor and in this space.

Started in 1914,  QMC was the third women’s college in India at that time.

Today, managed by the state and autonomous, this college educates mostly economically-weak students and girls from rural areas.

Though the campus boasts of a host of magnificent heritage blocks, almost all have been left to decay, crumble and collapse over recent times and the campus is hardly maintained, with shrubs and vegetation growing wild, private parties using some open spaces for events like sport and leaving behind a mess and the state using its halls and rooms to count ballots after elections.