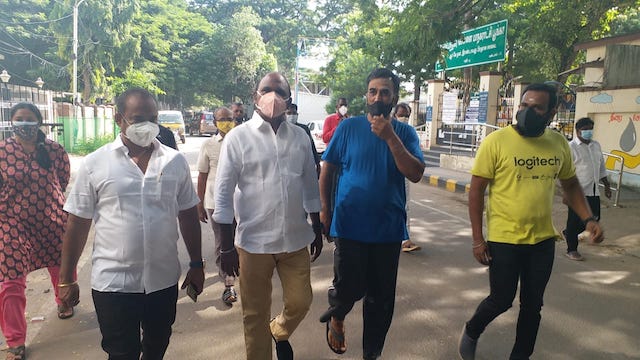 R K Nagar residents have told the Mylapore MLA that constant voltage fluctuations in the power supply from TANGEDCO is their most worrying issue that affects them today.

The MLA recently joined a few community leaders on a walk around this colony in R A Puram, as he has been doing in many a colony  in the constituency the past weeks, to learn about the core issues that affect residents.

“For days now, one phase of the power supply is down and out,” said one resident.

They also showed the MLA some TANGEDCO junction boxes that are in a bad condition with wires exposed which could pose serious dangers.

The MLA was shown the area where the mess is marring the face of this colony that has been set neat and green over years now. 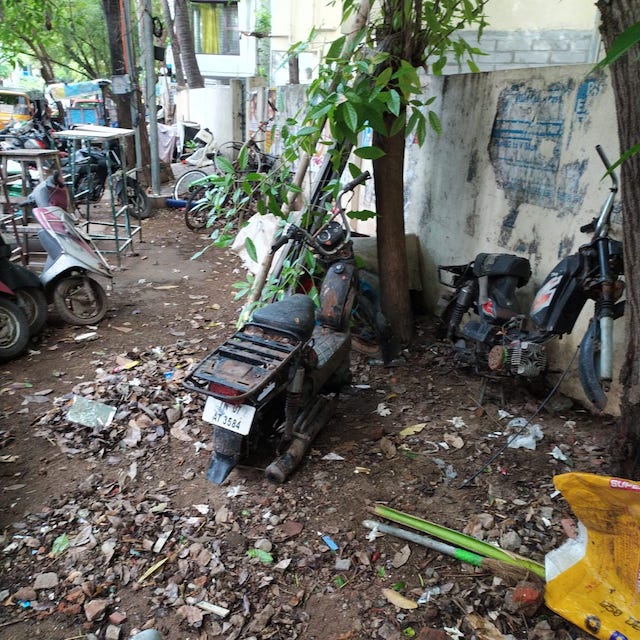 He was also told that private taxi operators use the R K Nagar streets to park cars and vans and create problems for residents. They asked the MLA to deal with this problem too.

The residents’ reps also told the MLA that they had more plans to neaten and green the area.

<< YOU TOO can mail us on issues that affect your colony. Add a photo. Mail to – mytimesedit@gmail.com