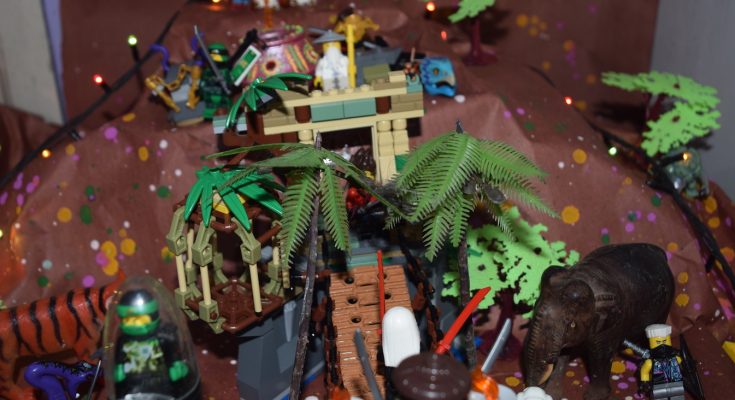 As part of the Navarathri Kolu  this year, Lalitha Elangovan’s family has created a “Lego Ninja” themed kolu at their residence.
Apart from the traditional Kolu decorations which the family says it has been doing for more than five decades, this year it created a theme of “Dragon Mountain” with treasures guarded by the Ninjas, on the side.
Some miniature Lego are shown trying to attack the mountain and plunder the treasures of the mountain.
Since the concept of Navarathri is based on the concept of victory of good over the evil, we felt this would be a modern depictions of the similar concept, says the family.
Lalitha Elangovan resides at 7, F1, Madhuram Vijaya Apartments, 6th Trust Cross Street, Mandavelipakkam (near Kalyan Nagar Association Kalyana Mandapam.)
(()) MYLAPORE TIMES KOLU CONTEST – details posted on its Facebook page.