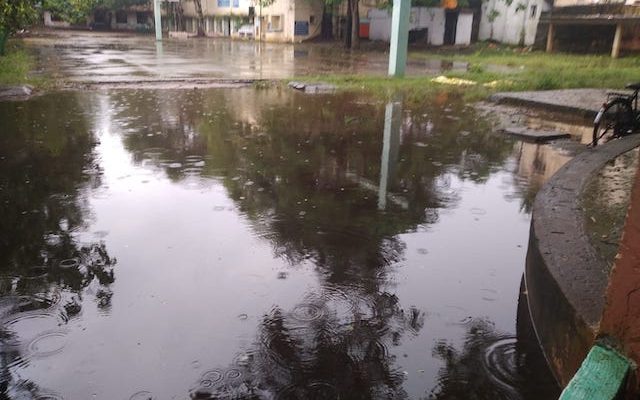 Even a week after the monsoon took a break, rainwater sheets stand across the sprawling campus of GCC’s Chennai Higher Secondary School in Bheemanapet in Alwarpet zone.

Students are forced to wade through rainwater to get to their classrooms,  leeches are seen around, some classrooms are very damp and wild vegetation is growing thick.

For the heads of the higher secondary and primary schools here addressing these civic issues is a tall task. Teachers were coming to terms with the re-opening and straining to get new admissions from the area and once the rains came down heavily, the flooding and related problems arose.

Though the school approached the Mylapore MLA for help, it was slow in coming over the promises made.

If on one day, a team of workers chopped down overhanging or broken trees on campus, it was many days later that another team cleared the vegetation.

GCC does not seem to have a mechanism where such civic issues of their schools can be handled by an independent team; its officers in education expect the HMs to address all these issues and often, teachers are a harried lot, going from what one learns from some teachers at the Bheemanapet school. 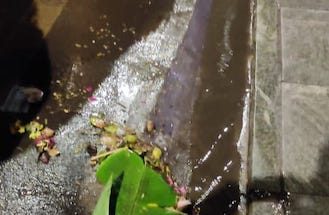