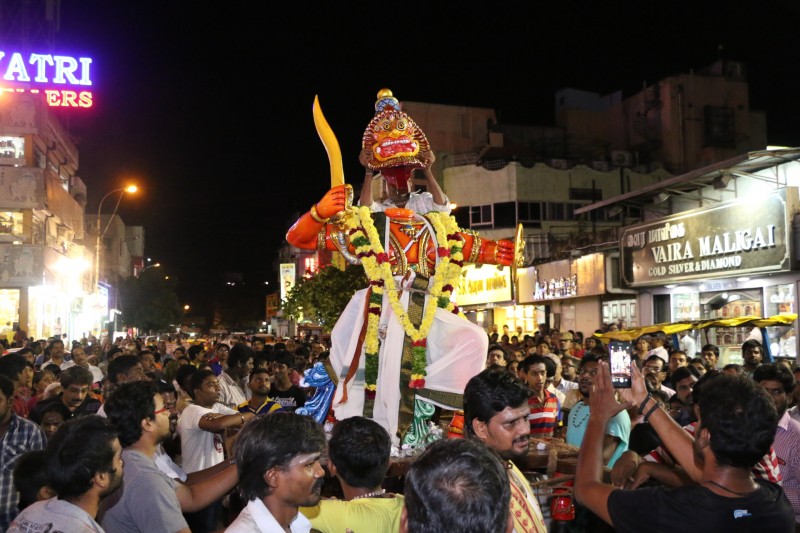 The Soora Samharam event of the Sri Kapaleeswarar Temple that is usually enacted on North Mada Street
will be played out near the temple office on the northern prakara at 7pm this evening.
Also, the main doorway of the raja gopuram of the temple will be shut this evening ahead of the event
much like on the Pradosham evenings in the last few months. The temple will be reopened for devotee darshan immediately after the religious event.
The temple’s executive officer, D Kaveri told Mylapore Times that no temple has allowed devotees for the Soora Samharam event. “If the crowd in the evening is not too big, we will consider keeping the door open.”
If the heavy rain turns out as predicted, the Soora Samharam event will be played in front of the
Navarathri mandapam.
– Report by S. Prabhu. File photo used.