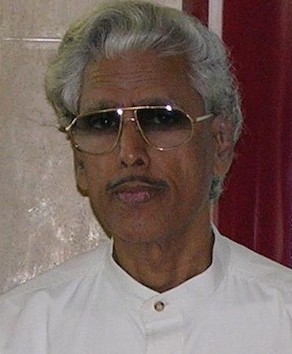 Former Vivekananda College and Junior state batsman K. Bharadwaj passed away recently at his home in Bangalore following a heart attack. He was 77.

He had been a resident of Mowbrays Road (TTK Road) in the 1960s and 70s and of Abiramapuram 3rd Street for 8 years. Later, he lived for three decades on Balakrishna Road (near Sanskrit College)  and it was just under two years ago that he and his wife moved to Koramangala, Bangalore to stay with their son.

He had been taking care of himself during the pandemic and in fact was particularly concerned about the deteriorating health of one of his best cricketing friends K. R. Rajagopal, the dashing TN opener from the late 1960s.

His wife Bhavani told this writer over phone from Bangalore that he was always talking of Rajagopal this year and would often make calls to him to enquire about his health.

“He had been doing his walks around the apartment and was cheerful with the unlocking of the restrictions. It was on the evening of November 14 that he developed some health issues and was admitted to the hospital. He came back home a few days later but suffered a massive heart attack and passed away,” she said.

A competent middle order batsman, Bharadwaj began his city league cricket playing for Milky Way and BRC and then went on to play for Jolly Rovers.

He worked at India Cements for 37 years from 1966 starting with the accounts department and later on moving into administration from where he retired in December 2003.

Well over 50 years ago, Bharadwaj played host to one of Tamil Nadu’s greatest opening batsmen, K R Rajagopal, at his home on TTK (Mowbrays) Road.  He used to accompany Rajagopal for many of the matches both in Madras as well as outside.

In March this year, during a long chat he had with this writer, he talked about his Mylapore memories of the 1960s.

“Rajagopal was staying far off in Nandambakkam closer to the India Cements foundry. On many occasions, he would come to my house on Mowbrays Road the night before the match. He would have a quick wash and breakfast the next morning before leaving for the ground. Chepauk, Marina and Vivekananda were a lot closer to my place and he found it comfortable to leave for the match from here. Most often, he would return home in the evening after playing a terrific knock.”

Speaking to this writer on Thursday from his home in Bangalore, Rajagopal said that Bharadwaj was a kind-hearted person and a genuine cricket lover.

“We were very close friends right from the 1960s. He made several calls to me this year to check on my health and was very happy that industrialist and Sanmar group head, N Sankar had reached out to me to offer his support in March this year. When I was felicitated by the TNCA and CSK ( Chennai Super Kings) in August, Bharadwaj was so happy for me and gave me the confidence that this contribution from N. Srinivasan (India Cements) would prove useful for my dialysis.”

In fact Bharadwaj cared so much for Rajagopal that when the latter’s daughters came down to Bangalore from the US in October this year, he went out of the way and requested them to extend their stay so as to be with their ailing father.

K S Viswanathan, CEO of CSK, worked with Bharadwaj at India Cements from the 1970s for many decades. He remembers Bharadwaj as a great team man. “Bharadwaj was a very organised and disciplined individual. He was committed to the team and everything he did was with meticulous planning. He was a stylish batsmen and was immaculately dressed.”

Recollecting the phase from the late 1960s, Jolly Rovers’ cricket architect and chairman of Sanmar group, N Sankar said that Bharadwaj was well dressed and carried himself well. “His trousers were always clean and unwrinkled,” he remarked.