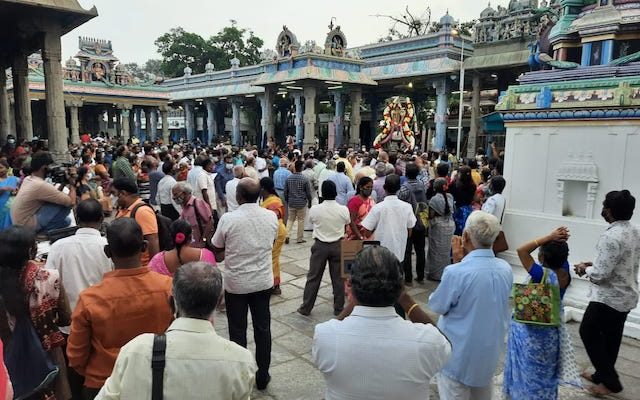 People were streaming into Sri Kapaleeswarar Temple, Mylapore on Saturday evening as the first pradosham to be held after places of prayer were opened to the public on weekends was allowed,  got underway at the temple at about 4.30 p.m.

There were over 300 people in the temple and most were seen wearing masks though there was little room for social distancing.

The crowd began to swell as dusk fell.

Shortly after the pradosham procession (it was the first time in 9 months that devotees were allowed inside for pradosham darshan), the queue to the Ambal sannidhi extended almost to the raja gopuram on the eastern side.

All this time, temple rituals including the pradosham have been conducted here and in other temples though people were not given access to the campuses from Fridays to Sundays and on some other days.