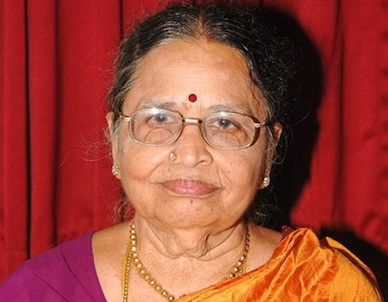 Rajalakshmi Swaminathan, a resident of 6th Main Road, R. A. Puram, for more than two decades before she left for the U.S.A, passed away on February 12 at her daughter’s home in Fremont, California. She was 80.

Affectionately called Rajam in family circles, she learnt classical music and was a good singer and composer as well.

Rajam had trained many students in music and sloka-chanting in Chennai, in Abu Dhabi and in the U.S.

She is survived by her two daughters, Vasanthi and Vanitha and their families who live in the U.S.A.