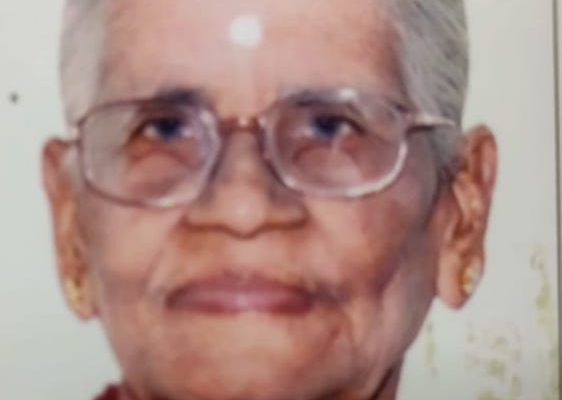 She had her schooling at SKBB Patasala  ( then popularly known as Daadi Vadhyar school) and at Lady Sivaswami Ayyar Girls High School, Mylapore.

She resided at No.10, Mathala Narayanan Lane, Mylapore since her marriage in 1940.

For a short period, shifted to Radhanagar, Chromepet in 1969 and returned to Mylapore in 1985 and was staying here till her demise.

Her family said she was a self made person and a strict disciplinarian with emphasis on values and ethics.

Saraswathy Ammal was blessed with five sons and a daughter –
M S Chellappa was a professor of physics at The New College, Chennai
M S Ravikumar was a chief manager with Canara Bank, Pune
M S Sundara Rajan was the former Chairman and Managing Director, Indian Bank, Chennai
Late Susila ( her daughter) was teaching Narayaneeyam to many students
V Bhaskaran – son in law was the former finance executive in SPIC Ltd Chennai
M S Diwakar was a senior manager at PNB, Mumbai
M S Chandramouli was a  senior manager at PNB, Chennai
The family can be contacted at  – 044 24981596, 24984005 and 28140389