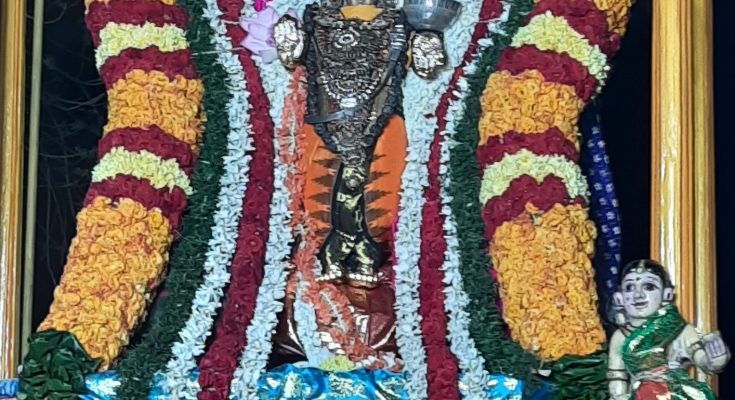 It was just past 8.30pm on Monday evening as the Bikshadanar procession on the 9th day of the Vaikasi Utsavam at Velleeswarar Temple reached the half way point on North Mada Street.

While on all the other days of the utsavam, Velleeswarar was accompanied by Ambal, on this evening, he was all alone as ‘Bikshadanar’ seeking contributions from the devotees for the wedding that is to take place the next day.

There, on North Mada Street, he was welcomed by Ambal in a Mohini alankaram.

Shortly after, for half hour, in a display that delighted the hundred odd devotees that had gathered late on Monday evening,  the Sripatham personnel of the temple provided an extraordinary display of Voyali followed by the snake dance. Devotees gave them a rapturous applause at the end of their performance.

Women devotees also presented Kolattam around the Ambal celebrating the meeting of Ambal and Bikshadanar.